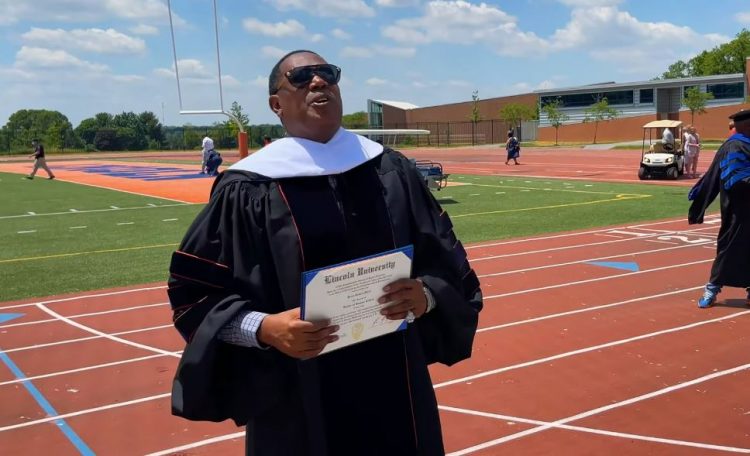 Percy “Master P” Miller received an Honorary Doctorate in Humane Letters on Sunday at Lincoln’s Beginning of 2021 and he definitely looked quite excited to receive it. More than 400 graduates attended the ceremony, including six valedictorians but the rap entrepreneur, who is a regular at the university, had the most eyes on him.

“From the projects to getting a Doctoral degree from Lincoln University. Don’t be afraid to change, grow and educate yourself. I did it, You can do it too!” he said at the ceremony. You can watch a video summary of it below.

Master P is a hip-hop mogul, producer, actor, entrepreneur, and philanthropist who founded No Limit Records, which has sold 100 million records till date. In addition to music, he has invested in a variety of companies over the years in areas such as media, technology, sports, music, fashion, and food. Master P said he was considering owning a HBCU or a black university as he was motivated by the need to raise black people. “Well, you know I always wanted to own an NBA team, but now I want to own an HBCU. It’s so important that we educate the culture,” he said.