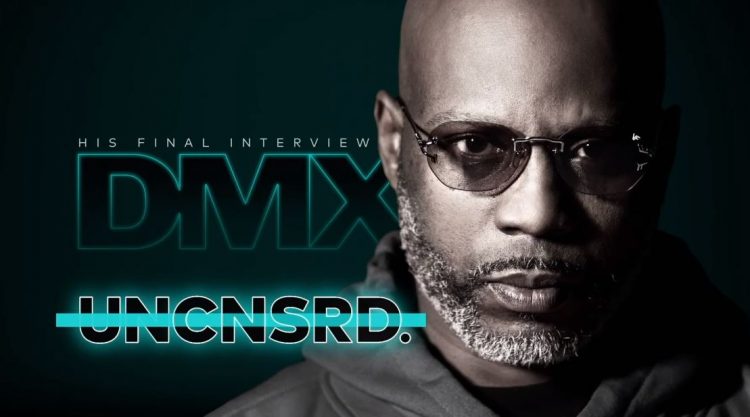 TV One aired the last interview of the great DMX on Sunday and Monday in two parts as part of a special Uncensored series.

The UNCNSRD series offers first-hand accounts from famous personalities about their lives and careers and it just happened so that they shot the one with X just about three weeks before his passing on April 9 from cardiac arrest after being put on life support.

One of the most interesting things he spoke about during the first part of the interview was how he believed he met an angel as a child. While visiting a family friend with his mom and younger sister in Yonkers, DMX said he felt like he met an angel after he was hit by car. He was just 4 years old and had been told to watch his sister outside the building where his mom was visiting a friend. He found a dime and got distracted by it — he went to buy a lollipop and a ball with it.

“As soon as I stepped off the curb coming down from the store, a car hit me (and) knocked me way over on the other side of the street up under another car,” he recalled. “You’d think that she would’ve stuck around because she saw the whole thing. I don’t know, I felt like it was an angel,” DMX said. “She got no business being in the ‘hood with a f***ing clipboard.”

DMX also spoke on his special connection with dogs. “(There are) two things capable of unconditional love: a dog (and) God. Same word spelled backwards,” he said. “I really feel like dogs are close to God.”

The rapper also laid out several messages for the audience in the interview. “Sometimes blessings come in the form of a hard time or a difficult situation,” X said. “Whatever you’re going through will be easier to go through because you know on the other end, God is waiting with your boarding pass: ‘C’mon let’s go,'” he said. “Don’t let a bad memory stay a bad memory, give it to God.”

You can watch the entire interview above. His posthumous album EXODUS 1:7 which he completed before his death, will hit stores May 28th featuring appearances from JAY-Z, Nas, Lil Wayne, Bono, Usher and more.