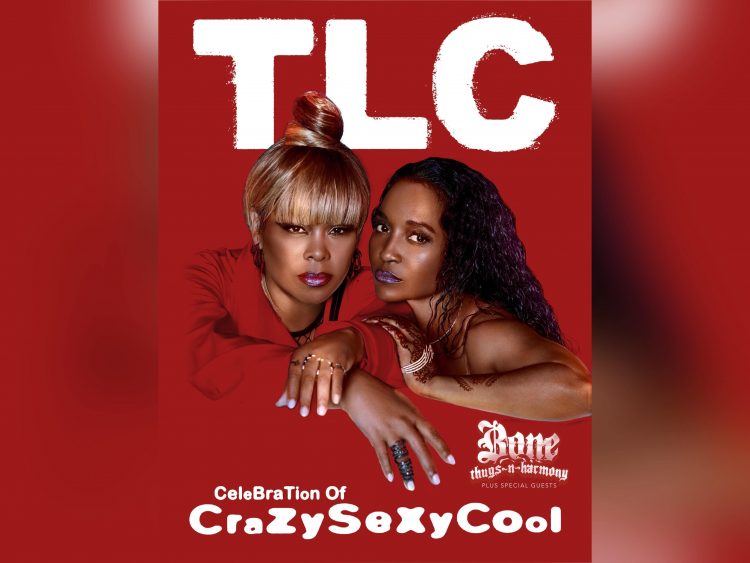 TLC have announced their 2021 ‘Celebration of CrazySexyCool’ National Tour where Tionne “T-Boz” Watkins and Rozonda “Chilli” Thomas will perform selections from their 1994 Diamond-certified album, 27 years after its release plus additional hits.

The 18-city tour kicks off September 3rd in Alabama and travels through markets like Raleigh, Indianapolis, New York, Miami, Houston and more before concluding in Concord, CA on October 10th. Bone Thugs-N-Harmony will be the supporting act on the tour but fans can also expect other special guests.

Chilli states, “I’m so excited for this tour because we’ve been talking about doing something special for CrazySexyCool for years and FINALLY, we get to do it! This is the album that truly put us on the map and showed the world who we really are. So, this will be quite the celebration!”

CrazySexyCool was TLC’s second studio album that featured the #1 singles ‘Waterfalls’ and ‘Creep’ and received a Diamond certification from the RIAA. Pre-sale for tickets begins on Thursday, June 24th with general ticket sales available on Friday, June 25th through LiveNation. More dates are expected to be revealed soon.