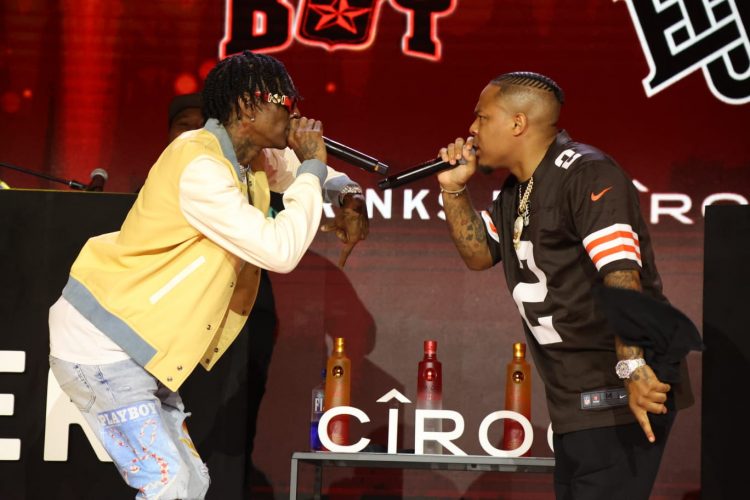 Saturday night saw one of the most entertaining VERZUZ battles: Soulja Boy vs Bow Wow going head to head with the hits they provided to us in early 2000s.

Bow Wow and Soulja Boy Tell Em took the stage in Los Angeles at the VENUE to go hit for hit after DJ Carisma and DJ Jus held it down for the warm up. The battle was streamed live on Instagram as well as Triller and Fite, and many celebrities were tuned in to watch the fun. That included Drake ( he trolled with “DRAAAAKE?” — referencing Soulja Boy’s popular 2018 interview with The Breakfast Club), Lizzo, Saweetie, Brandy, Tyga and more.

When Soulja Boy claims he was the first artist to market himself on the internet on his own, he really isn’t lying. The young artist got his start by self-producing his own music and uploading it to social media websites like MySpace and YouTube, paving the way for other aspiring artists to do the same and take advantage of the internet. Soulja also dropped a new single a few hours ago, ‘Copy & Paste‘ featuring T.I.

Soulja and Bow Wow energy was on fire like that blunt… Marco Polo #VERZUZ pic.twitter.com/1Y3YMfKcv6

In case you missed the live stream, you can watch the full Soulja Boy vs. Bow Wow VERZUZ below. TIDAL has curated a playlist of all the songs played — peep it here.

The previous battle that took place was between Eve and Trina which you can check out here.