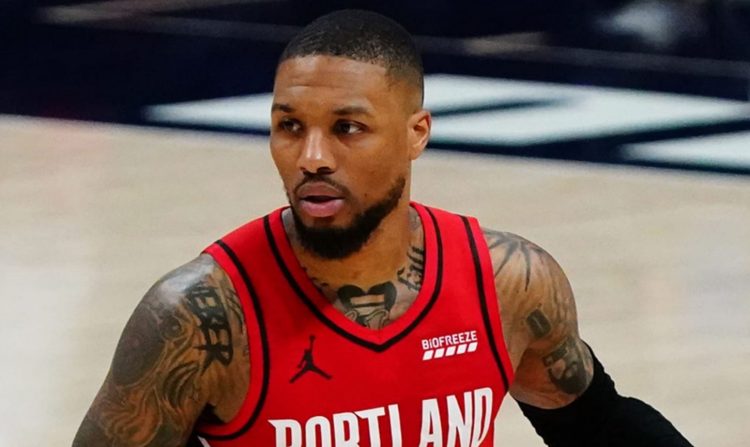 Damian Lillard is currently in Tokyo as part of the US Olympic men’s basketball team but they had to deal with an opening loss to France.

During the press conference, the 31-year-old Portland Trailblazers guard, who is playing in his first Olympics, said that foreign NBA players play better in the Olympics than in the NBA because they’re given more freedom on an Olympic court and are more familiar with each other versus the NBA players in the USA.

He also called into the Ebro show on Apple Music on Monday to discuss the Olympics plus his role in Space Jam: A New Legacy, his upcoming album, being inspired by Tupac & Mary J. Blige, and more. He reveals that he has a song with Shaq that the two started working on but it hasn’t come out yet.

After claiming that he’s the best basketball player who raps, Dame D.O.L.L.A. revealed that he’s working on his new album which will be self-titled. He further tells Ebro that he’s got contributions on it from Q-Tip and Blxst among others.

“It’s a self-titled album, the next one. I’m going to drop it in August probably, and on that I got Q-Tip on there, Blxst, Jane Hancock, I got my boy OG Tree from Oakland too…I think this album I went much deeper,” he said. “I went from making it fun, or trying to have people like it, but I went more into… like you said, I got more information now, and my understanding of just how successful I am and what it means to have the experience that I have and coming from where I come from and why it’s valuable in the business that I’m in and why I can carry things this way.”

“I’m a huge Tupac fan. So just.. his ability to paint a picture and for me to be able to see it… even though it wasn’t directly my situation. I always loved that about Tupac. So when I started to write music, a lot of my music was me expressing my struggles in my life and things that I went through and experienced and I enjoyed writing about that. That’s why I always loved Mary J. Blige too. My mom used to listen to Mary J. every single day and I got the same vibes from her, just that struggle and that pain, how she would put it in her music. I felt like I could see what she was going through.”