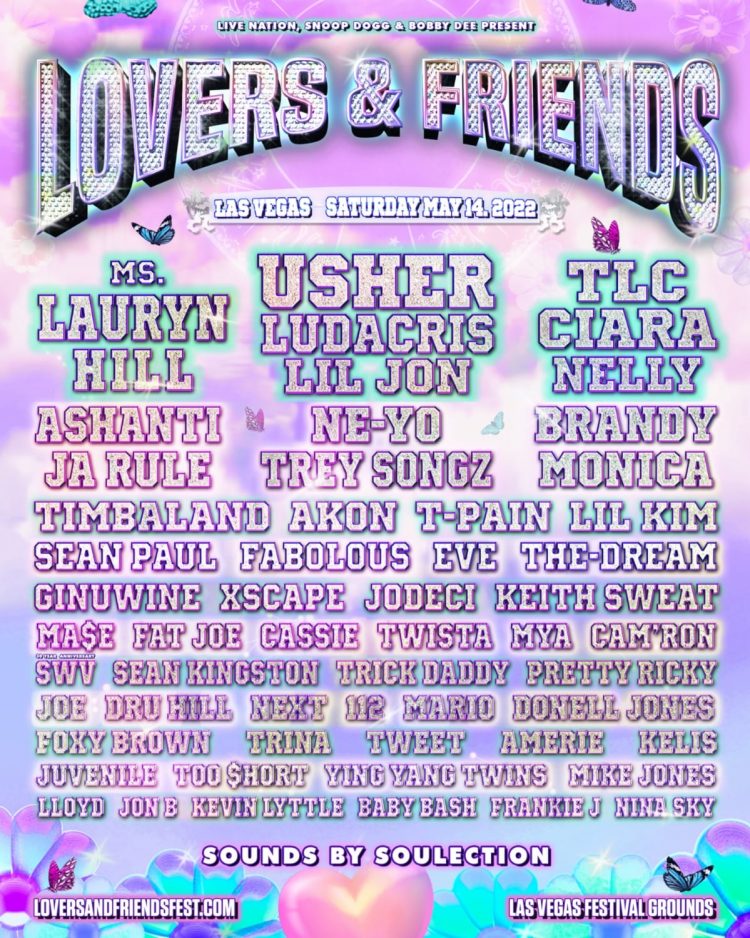 The much talked about Lovers & Friends Fest is officially back.

When the original festival was announced in 2020, there was a lot of excitement on social media as it brought nostalgic feelings to fans with a lineup of artists who defined the 2000s era of music. But due to Covid, the event was washed away. However, Live Nation, Snoop Dogg and Bobby Dee have announced today that the festival will take place at the Las Vegas Festival Grounds Saturday, May 14, 2022.

GA tickets start at $175 and VIP tickets start at $300. Cabanas, which include tables of eight, will also be available for $10,000. There will be a special presale beginning Monday, August 2 at 10 a.m. PT for guests who sign up for early access to passes online at loversandfriendsfest.com.