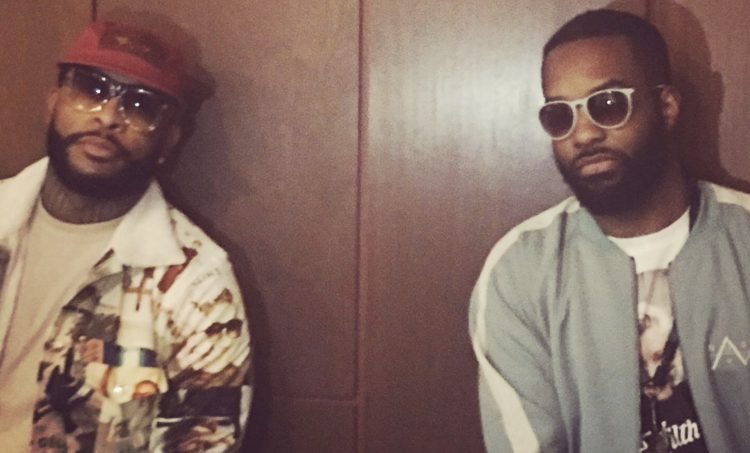 Last Thursday was an extremely fun day in Hip-Hop. We woke up to Royce 5’9″ addressing Lupe Fiasco with ‘Silence Of The Lambda‘ and just a few hours later, Lupe dropping an all out diss track called ‘Steve Jobs (SLR 3 1/2)‘. Royce ended up tweeting that he wouldn’t attack Lupe personally and we later found out that the two were done with their podcast because of the situation.

The same night of the tweet, Royce was on Instagram Live with Three, talking about the situation. Mickey Factz ended up joining and things got very interesting.

If you’re out of the loop, Mickey and Lupe are close. When the original conversation about Royce and Lupe battling came up, Mickey said that he had $10k on Lupe winning. Royce put Mickey in a couple of lines on ‘Silence Of The Lambda’ and Lupe shouted him out on his own diss. But when Mickey and Royce hopped on together the night of the chaos, Mickey wondered how much of Royce’s track was really for him.

Royce’s response to him asking about it was to tell him “I’ma say your name some more ’cause I just feel like that’s what you want.” Mickey clarified by saying he doesn’t want anything other than to know what lines were directed at him and that he’d take things from there.

“Just make sure when you go in there, man, you ain’t just snapping words together… them Lego raps ain’t gon’ work… take your time with this one, make it count” Royce told him.

The conversation got very passive aggressive from there, with the pair dancing around the idea of battling each other. Royce kept asking him if he could check boxes as a rapper, without expanding on what that meant. He also told Mickey that he didn’t think that he could hang with the likes of him, King Los, Black Thought, KXNG Crooked and CyHi The Prynce. Eventually, the topic of Royce’s diss track came back up.

Mickey said “in the beginning of the song, you say ‘I put a hole in your son while I’m holding your Sun Chips’. Lupe ain’t got no son. So now I’m asking you is this about me, ’cause I have a son and the joint was going at Lupe and then my name was mentioned, so I’m tryna understand where we at with it.”

Royce responded “I didn’t have you in mind when I said that line but I now wanna put you there, I wanna connect that line to you, I want you to have it… the line is meant for you, I’m giving it to you right here in front of everybody.”

There’s a lot more to it, like Royce saying Joe Budden’s verse on ‘Truth Or Truth’ is better than ‘Mural’, that Mickey was instigating with him and Lupe and him calling Mickey and Lupe “gay”, but calling it a joke afterwards. You can watch the whole conversation below. Budden and Daylyt end up joining.

Now, Mickey has taken it to wax. After tweeting about the Live, saying that he had a good time and was unbothered by what people thought was bullying, in his own words, “we have to sadly remind cats”. Mickey drops a song called ‘WRAiTH’ which goes at Royce. Mickey was on Live for about 50 minutes right before this dropped and he made a point to say he hopes that Royce responds and that the song is out of love, albeit tough love.

It’s produced by AWSME J and you can listen to it below.