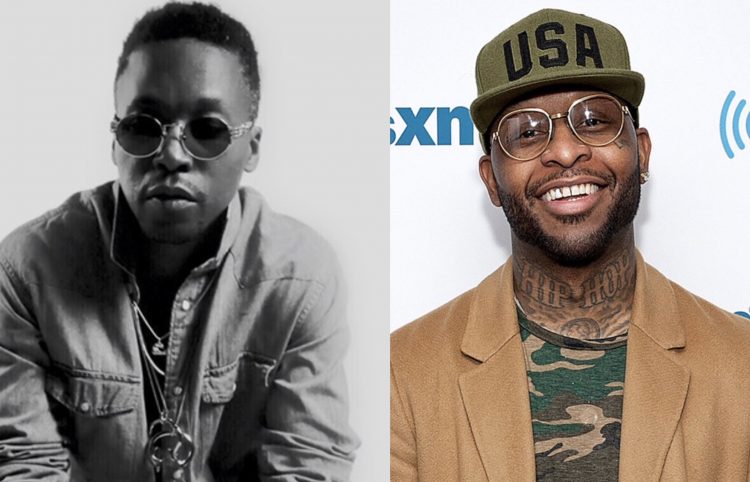 A few weeks ago, RJ Payne put out a tweet saying that nobody is rapping better than him and Ransom. Royce 5’9″ responded, saying that anyone can say that and that they’re ignoring his own skills. Over the next couple of days on social media, he posted his own verses from an assortment of features and The Bar Exam 4.

It basically led to a conversation on Instagram Live between Royce, Ransom, Lupe Fiasco and Mickey Factz where they argued about who’s the best and why. Lupe said that Mickey can do anything that Royce does and elevate it which Royce of course strongly disagreed with and Lupe mainly argued that the best rapper out right now is someone called Osyris Antham. Royce dismissed him, which led to Osyris releasing a diss track which you can listen to here.

The conversation has been on and off for a couple of weeks, but tonight it escalated a lot.

Royce was on IG Live with Young Guru, Loaded Lux and Murda Mook, who ended up talking about Royce and Lupe battling each other. Royce was down the entire time and when Lupe joined, things actually got a little heated.

“Why the f*ck do n*ggas keep bringing this up?” Lu jokingly asked. When Guru straight up asked him about battling Royce at a URL event, Lupe said “I’m not really interested in battling Royce, but don’t get it f*cked up, that don’t mean I won’t cook n*ggas if n*ggas keep pushing buttons. I don’t wanna do that sh*t personally but if you wanna make a professional fool of your motherf*cking self running up against a demon, go ‘head”.

“Who you talking to?” asked Royce and after a couple of exchanges between the pair that got louder and louder, Royce ended up saying “get in the motherf*cking ring then, b*tch, if you got a mother*fucking problem. Who you think you f*cking talking to, n*gga? You playing too much. Take some of that bass out your voice.” Lupe told him to “start practicing” and exited the IG Live. The two are friends with a great podcast, so the exchange was a little surprising. You can watch it below.

The conversation between Nickle, Mickey, Guru, Lux and Mook continued. Guru ended up saying he has $10k on Royce and Mickey accepted the bet, backing Lupe. While they were still talking, Lupe went to his own IG Live and freestyled off the top of the head, acapella, for 15 minutes about Royce and the situation. You can check that out below.

He also took to Instagram to post a few minutes of his own written bars written in the style of a battle.

I don’t know if this will end up resulting in a real battle, but I hope it does and I hope it’ll stay friendly. Royce did imply that he was going to go regardless, so perhaps we’ll see a friendly diss track from him in the next few dys. Both Lupe and Royce are in my top five and while I think Lupe’s the best ever, Royce might suit the battle Rap arena better. Who do you have winning a Rap battle?