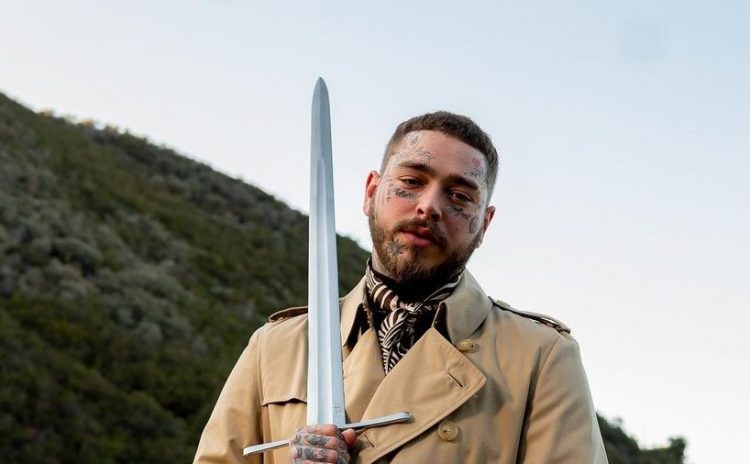 Post Malone has been pretty quiet with music throughout the pandemic which is unusual as his first three albums have come at a pretty quick pace. His last album Hollywood’s Bleeding released in September of 2019.

In April, Post Malone’s manager and business partner Dre London hinted that the pop star is prepping the release of two new albums this year. “Some would say thats the smile when the wire hits! But for me this isn’t true! It’s even bigger than that! This that smile while on FaceTime with @postmalone agreeing that the world deserves 2 Posty projects out this year!” he said in his Instagram caption.

It looks the first of the two is on the way for sure. Over the weekend, the singer-rapper shot the video for his upcoming single ‘Motley Crew’.

Dre London shared a clip from the video shoot where you can also hear a part of the song playing in the background. Dre added that the song will arrive on DSPs on Friday, July 9th. “I’m excited to finally announce new single ‘Motley Crew’ dropping Friday! Full project with Concert Doc coming real soon!” he said.

The title of the track is inspired by heavy metal band Mötley Crüe whose member Tommy Lee revealed on his Instagram stories that he took part in the music video.