Nas Calls Hit-Boy His “Quincy Jones”, Talks Possibility of Another Album Together 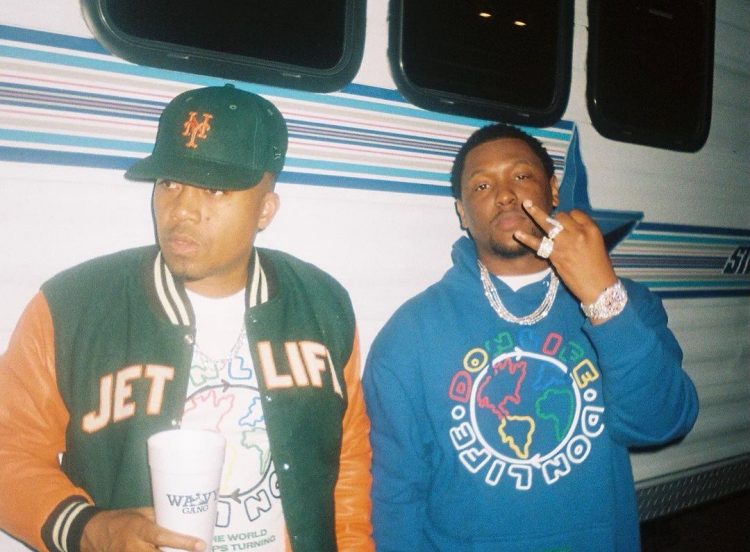 We still have King’s Disease 2 in heavy rotation which is already being called as one of the best releases of the year by many. Nas hasn’t done much press around the album as he let the music speak for itself.

But he did chat with Rap Life Radio today on Apple Music 1 for a long conversation with Ebro about his latest album. He was also joined by his brother Jungle, marking their first interview together. They shared some old stories including of getting into an altercation with 2Pac at the MTV Music Awards, concept being ‘Death Row East‘ and more.

“Like with Death Row East that was the first song we worked on for this album,” Nas said while telling the backstory. “We started with Death Row East and by the time we was done with it, I was able to two-step to a story of mine, and you know, I don’t really write to think about dancing a two step. And so when I was able to two step with my drink we’re in the studio and have a conversation like we had now, before the record was out, every time we played ‘Death Row East’ in the studio, there was like a two hour conversation afterwards. Like after certain songs, it was like long conversations after it. I liked that experience.”

The legendary rapper also spoke on how he and Hit-Boy wanted to make part 2 a little different from the original. “King’s Disease II had to be totally different from part one, just for myself, for Hit-Boy and for our listeners to see that you can evolve and you can go into different directions as you should as an artist, you should do things that take you up a notch. And I had to come back in rare form like coming after a Grammy, my first Grammy with King’s Disease, I felt like I was in rare form just by making records in this point in time. I felt like I was just in a special place. So the people needed to hear that.”

In the interview, Nas calls Hit-Boy his “Quincy Jones,” referring to the chemistry he has with the super producer.

“A lot of times I walk in the studio and his headphones is on, he’s like, “Yo, check this out.” Something he’s already working on. And as soon as I hear it, it’s like, that’s the one. Yeah, He’s like my Quincy, you know what I mean? He has that,” said Nas while praising Hit-Boy.

He said there is a possibility that the two will get back in the studio to record another album but the idea has to be exciting in the first place. He’s also not thinking about it right now as he wants to enjoy the present moment first.

“So I feel like the next thing I do, if I was to work with Hit-Boy on the next thing I do, I think that we might do something that is going to be magical,” said Nas. “I think what we have is magic. And I think the next thing we do would have to be the next page. And that, to me, excites me, that possibility. Right now we’re chilling. And I think we learned so much the first album, we was just learning each other. In the middle of it we said, “We got to do another one. We got to finish this one first, but we’re going to have to do another one.” We knew. I think if we do another one, I’m excited about that idea, but you know, we’re celebrating this one now. So I’m still grateful to the reception I got from this one, you know? So, I’m just going to enjoy the moment.”