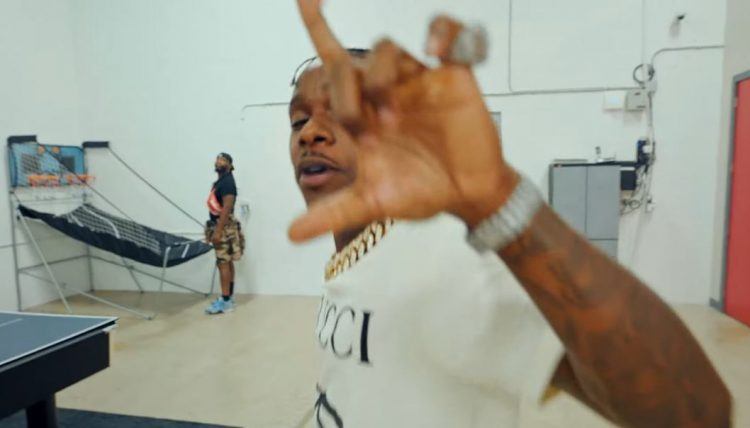 DaBaby is continuing to roll out material rather than be away from the limelight in wake of his controversial comments at Rolling Loud festival and the subsequent doubling down on social media.

Fresh off an impressive appearance on Kanye West’s song ‘Jail pt. 2’ from DONDA, he returns with a new freestyle today where he raps over Wizkid’s global hit ‘Essence’ featuring Tems. The North Carolina rapper also offers a quick video showcasing his day to day life to assist the audio — check it out below.

In related news, the rapper recently met with a group of nine U.S. HIV organizations “to discuss HIV facts and share personal stories of living and thriving with HIV” according to Variety. The organizations had called for the meeting in an Aug. 4 open letter to the rapper, whose homophobic comments in recent weeks led to the cancellation of multiple concert and festival appearances.

In a statement on Tuesday, the organizations wrote: “The open letter to DaBaby was our way to extend him the same grace each of us would hope for. Our goal was to ‘call him in instead of calling him out.’ We believed that if he connected with Black leaders living with HIV that a space for community building and healing could be created. We are encouraged he swiftly answered our call and joined us in a meaningful dialogue and a thoughtful, educational meeting.

.Last week, DaBaby had also dropped a freestyle over Bia’s ‘Whole Lotta Money’ which you can peep here.