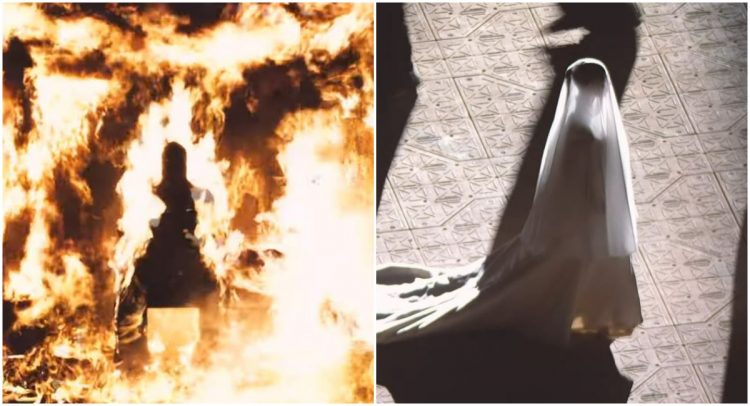 Kanye West’s new album DONDA is streaming really well and currently projected to move a total of 350k copies in the first week which will give it a clear #1 spot on the Billboard 200.

The first single off the album being promoted on radio is apparently a mix between ‘Jail’ and ‘Jail pt. 2’ but tonight, ‘Ye has decided to release the music video for the song ‘Come To Life’. On the song, Kanye sings about confusion in his head about his love for Kim Kardashian and how he doesn’t want to die without her specifically at his side.

The video is made of footage shot at the latest DONDA listening event in Chicago where Kim made a cameo in a wedding-like dress. Watch the clip below.