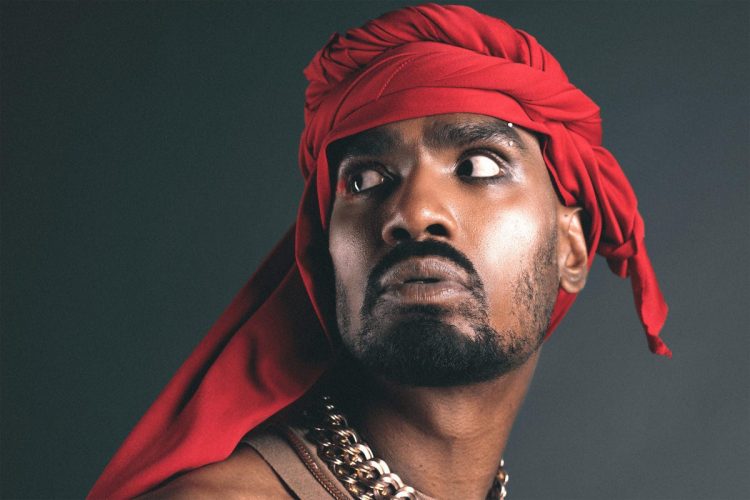 To the majority of Hip-Hop fans worldwide, the music scene from Canada has been shaped almost entirely by Drake and The Weeknd. For a long while, it was an atmospheric, melancholy brand of music that took the reins at the start of the last decade and has been present in the worldwide scene ever since. Drake, in particular, has notably pulled from other genres, a trait which he attributes largely to the diverse surroundings that he grew up in. Perhaps then, there’s something to be said for the lack of diversity from Canada, and Toronto especially, on the mainstream Hip-Hop scene. Are the charts a fair representation of things?

In comes Shan Vincent de Paul, a Tamil Canadian who was born in Jaffna, the capital of the Northern Province of Sri Lanka. Paul has been rapping professionally since 2009 and is fresh off of the release of his fifth studio album Made in Jaffna, a somewhat autobiographical effort that feels like a reintroduction to new listeners in the way that The Book of Ryan was for Royce 5’9”.

The album kicks off with its title track, which starts as an unassuming welcome into Shan Vincent and his world and by the end, transforms into a chaotic collage of his life experiences. Many of them are the trials and tribulations that rappers typically face (“had a daughter, had no job, debut album was a flop”), while many of them are unique to the Tamil MC (“came in ’86, I was four, we was torn”). Right off the bat, the intro is an example of the way Shan can paint a picture, jumping to and from different time periods and using different pitches to convey different perspectives. With his words, he preaches being a student and fan of Outkast, Souls of Mischief and DMX, but it’s proven with his style.

The same can be said for the entirety of the album. While Made in Jaffna will be the first time that many tap into Shan, the album’s sonic breadth makes it clear that he’s been at it for a long time. On one of the multiple occasions that he has spoken to Gajan Balan, SVDP likened his music to movies, stating that he never wants to write the same movie twice and enjoys the challenge of attacking a different type of beat. This concept is evident throughout the LP, especially on songs like ‘Afterlife’, one of the sweeter moments on the album, and the hectic ‘Savage’, an “anti-hit” about the perception of South Asians from colonisers. The latter of those actually takes you out of the flow of the album momentarily, but purposefully, because it was made to embody the term “savage” and to intentionally defy popular trends. Even the purer Hip-Hop moments on the project feature many elements of music from the East.

The flexibility in genres is paired with a wide range of subject matter. On a deeply honest cut called ‘Uyire’ (which best translates to “soul”), Shan talks about the difficulties of his divorce, which include co-parenting and telling his own mother about the separation, at which point he acknowledges the stigma of divorce in his community. The sombre verse is bookended by Yanchan’s passionate hook.

By far the most sobering topic on the album comes on ‘One Hundred Thousand Flowers’, a scathing report on the Sri Lankan Civil War which isn’t nearly as scathing as the atrocities that occurred over the quarter of a century from 1983 to 2009 which resulted in the murder of an estimated 100,000 Tamils, hence the title of the song. The start of the persecution is the reason that Shan and his family moved to Canada in the first place, so the topic hits home. SVDP has called it “the most important song” of his life and it’s hard to imagine that attacking something so ruthless in its nature wouldn’t fit this criterion for any artist. He references the burning of the Jaffna Public Library in 1981 and the idea of reparations. It’s the kind of song that will move both a Sri Lankan impacted by the war and someone who had never heard of the war before the song, which is admittedly where I was. Shan forces you to feel his frustration though and a few spins of the record will mean you’re not in the dark for long.

Sitting with the album, it’s inevitable that you’ll wonder why SVDP doesn’t have the platform it feels like he deserves. He boasts a cult-following that many up and coming rappers likely dream of, but the breakout moment feels like it’s only happening now. Shan’s ‘Neeye Oli’ from the album was recently featured as part of Discovered on The Ebro Show. Typing his name on YouTube will bring up numerous reaction videos to his new music. Being in his thirties and hitting arguably the best stride of his career is just another barrier that SVDP is kicking down.

Made in Jaffna is a refreshing entry and an open book into Shan Vincent de Paul’s cultural heritage, from the sound of the music and its lyrics in multiple languages to its cover art. It feels like the album it took Shan Vincent de Paul his whole life to make, in spite of his ten plus year career, which says more about his growth than anything else. The project serves as proof of his place in Hip-Hop and in his own words, him riding “up in a trojan inside of this industry to let them motherf*ckers know what a Tamil is”.