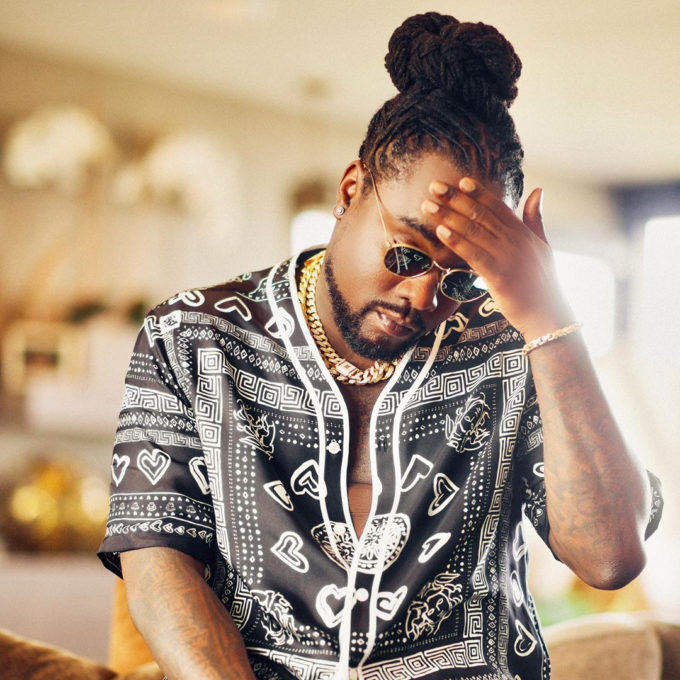 “Why?” Wale asked. “Why is there a statue with a Jesus piece with praying hands that say ‘Vanity’ with a ring on it? Why?” He was talking about the cover art for his third album The Gifted in a video uploaded to his own YouTube account. The artwork’s main subject is a statue of the DC rapper but the devil’s in the details. In the background are numerous images; promiscuous women, a depiction of a drug deal, stacks of dollar bills. He designed it himself. “The point I’m tryna make is, that’s art. It’s my art”. Wale was passionate when breaking down the cover and immediately it was clear that his artistry extended far beyond the beats and rhymes he was known for.

Though one might assume that album artwork becomes less and less significant in an age where streaming is dominant, the lack of physical music these days seems to have had an opposite effect on listeners. Vinyl sales continue to rise every year and about 8x the amount of vinyl that was sold in 2009 will be sold this year. Not only is high quality cover art a contributing factor, but art has a direct influence on what fans choose to buy. In a commercial space, artwork still matters, but business aside, an artist like Wale still holds the imagery that is packaged with his music in high regard.

Last week, Wale unveiled the artwork for his forthcoming album Wow… That’s Crazy which will release worldwide tomorrow, October 11th. Though painted in part by Bryce Cobbs, the rapper’s design team came up with the concept. Just a quick glance at the image makes it clear that there is incredible nuance to it. 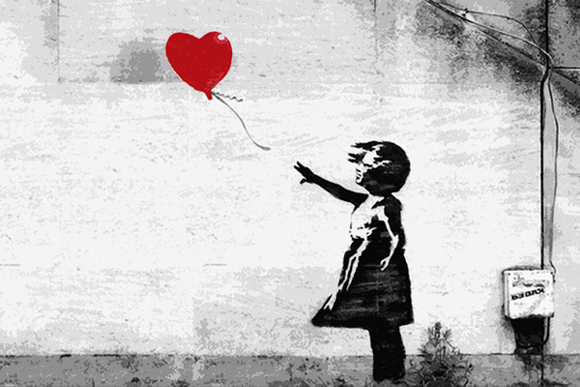 The above image, Girl With Balloon, first appeared on Waterloo Bridge in 2002, with various versions since appearing over the years. But on October 5th 2018, an authentic, framed copy of it from 2006 sold for £1,042,000, the equivalent of nearly $1.3 million. Famously, moments after the sale, the painting began to self-destruct as a result of the paper shredder that had secretly and mischievously been built into the bottom.

For his whole career, Banksy has made it clear that he finds the reselling of his art to be nearly nonsensical, once putting up an image on his website that read “I Can’t Believe You Morons Actually Buy This Sh*t”. Shredding the painting immediately after it had sold for seven figures was like twisted revenge. On the incident which was described as performance art, art critic Jerry Saltz said “I don’t know if it’s a message so much as him saying ‘enough… you put your hammer down on my work, I’m putting my hammer down on your work’.”

That sentiment shares substantial similarity with Wale’s for this new era. When he unveiled his cover on Instagram, the caption was “They said their part my whole career now I’ll say mine”. Showing that the 2019 version of Ambition which very well could have been his artwork for Wow… That’s Crazy has been half destroyed is Wale putting his feet down and retaking control of things, in the same way Banksy did with this moment.

After the incident with Banksy’s painting, many wondered why the artist had left it intact in a way that it was incidentally worth more afterwards, with some estimating the worth at double. Banksy explained that he actually meant to completely shred the painting and that the shredder had worked time and time again in rehearsals, but failed on the big stage. It was meant to be destroyed, but wasn’t. I believe that there is a correlation to Wale there too. “They tried to crush Wale” J. Cole said to Nick Huff in 2013. “I literally watched the system almost crush him. Thank God he bounced back”. Wale’s tumultuous career has been no industry secret and even now, at a more peaceful time in his career, he battles with his label when they give him short notice about making announcements which he acquiesces to. In many ways, by nearly crushing Wale, they have created a new type of artist, worth more now having been through more. 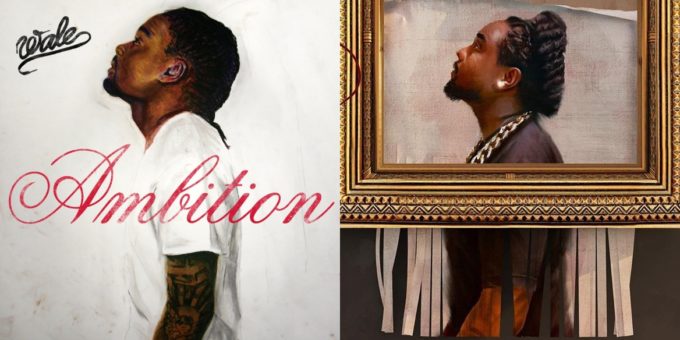 Aside from the Banksy correlations, the artwork for Wow… That’s Crazy contains other striking details worth analysing. Although the painting itself looks like a perfect recreation of Ambition, putting them side by displays some contrasts that I’m sure were intentional. For one, Wale sports a black t-shirt instead of a white one and if this seems trivial or insignificant, you’re likely underestimating Wale’s train of thought and/or what simple colours can connote. In 2011 on his second album, before what many would call his controversial moments, he wore white, associated with innocence and purity. Eight years later, black is often said to convey power, authority and aggression, amongst other things. This is further supported by the huge chain around his neck and the longer hair, again signifying power.

When Wow… That’s Crazy drops at midnight, fans will assume that it’s his first album release on Warner Records. The rapper signed with Warner in spring of last year and it helped rejuvenate things for him, along with a few stellar EPs. But contrary to popular belief, it will be his second album on the label. The first was, of course, Ambition. That is no coincidence.

Despite all of this, and despite Wale saying that he feels like he’s hitting his stride for the first time, the album is not shaping up to be a revenge tour with him telling everyone who doubted him to f*ck off. Instead, as evidenced by ‘On Chill‘, it focuses on black love. On the album cover, we see Wale looking up to the classic heart shaped red balloon, which seemingly has the album title written on it. The music will follow suit, with Wale looking up to the concept of (black) love and putting it on a pedestal.

The rapper has unequivocally put the same effort and consideration forward as he does for his musical concepts and bars for tomorrow’s album. When it drops, as is what happens with all great art, I hope it is discussed at length and truly appreciated for what it is.