Adele Reveals Tyler, The Creator Inspired Her to Use Voice Notes on New Album 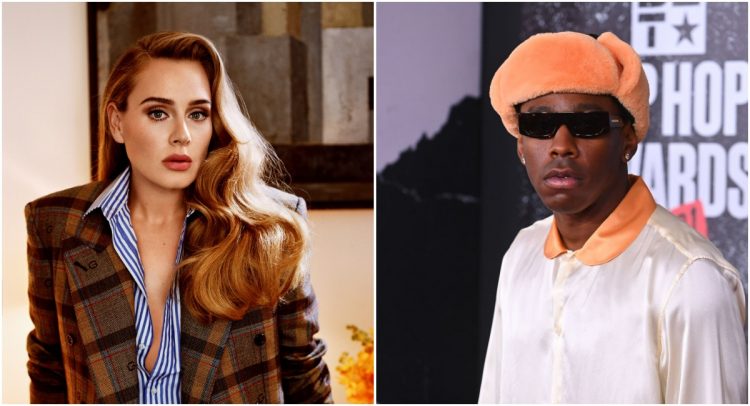 Adele is finally coming back. The singer almost broke the internet when she announced her comeback single ‘Easy on Me’ earlier this week, which releases October 15.

The UK singer has now done a cover story with Vogue where she opens a bit about being gone from the public eye, process of creating her new album, what kind of sound we can expect and much more. “I never redo my vocals. Never. Never ever,” she says, stressing that demos are always the best takes.

In her interview, she revealed something interesting. She was inspired by artists like Tyler, The Creator and Skepta to use voice notes on a song from her new album. The article reads: “The song ends with bits of a raw, teary voicemail she left for a friend. She was inspired to incorporate voice notes by Tyler, the Creator and the British rapper Skepta, she explains. “I thought it might be a nice touch, seeing as everyone’s been at my door for the last 10 years, as a fan, to be like, Would you like to come in?”

Back in 2011, Adele called Odd Future “refreshing” and even posted Tyler’s breakout song & video ‘Yonkers‘ on her blog.

Easy On Me – October 15 pic.twitter.com/7HRvxAfEqy

Adele also talked about being heavily inspired by Amy Winehouse and how her death affected her. “It really offended me. I picked up the guitar because of Amy’s first album. She means the most to me out of all artists. Because she was British. Because she was amazing. Because she was tortured. Because she was so funny. I’m not having these people I don’t know take my legacy, my story away from me, and decide what I can leave behind or what I can take with me.”

Adele loves the success of her record breaking single ‘Hello’ but says she is not interested in creating another one similar to the hit. “But I don’t want another song like that. That song catapulted me in fame to another level that I don’t want to happen again. I’m not saying I’ve got ‘Hello’s in my pocket. I was just conscious that I didn’t want my story on this album to sound like that.”