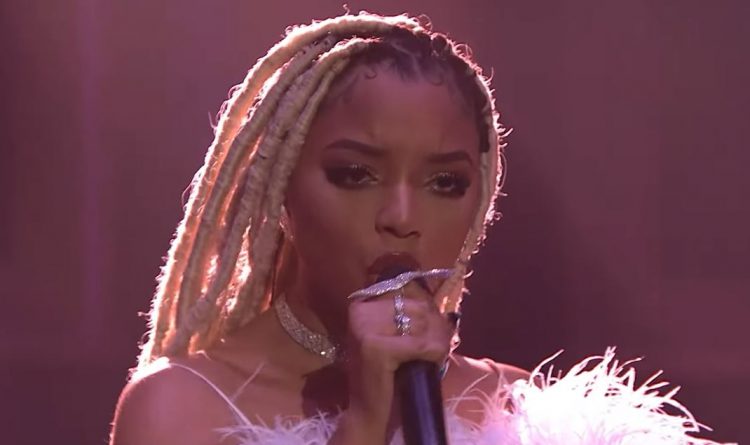 Chlöe officially made her solo debut last month with the new single ‘Have Mercy‘ which features production from Murda Beatz.

The song has been doing quite well on streaming services and radio so far. The singer is currently on a promo run for it and prepping the release her debut album. She landed on The Tonight Show starring Jimmy Fallon on Tuesday night to perform the song for the first time on mainstream TV.

Chlöe brought her enigmatic personality to the stage along with some beat making skills — watch the impressive performance below.