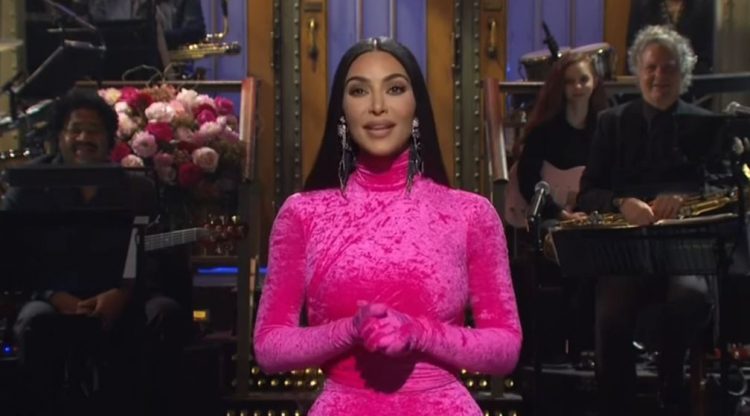 When Kim Kardashian was announced as the host of Saturday Night Live for this weekend, it raised many eyebrows but we were quite sure that she will do good.

With Halsey as the musical guest, Kim delivered quite a funny monologue to kick off the show which contained jokes about her pending divorce from Kanye West (also called him “the best rapper of all time”), OJ Simpson, plastic surgery, gold digging and more.

“I’m so much more than that reference photo my sisters show their plastic surgeon,” Kim said without hesitation, leading to cheer from the audience.

Kim had been preparing very hard for her gig, with a source at People saying she was thrilled but nervous at the same time. “She’s both nervous and thrilled. It’s a huge deal for her. She takes the hosting gig very seriously.” Kim “has been chatting” with Kanye West reportedly about her SNL hosting duties and “he’s giving her advice. She feels a lot of pressure. She wants to wow the audience.”