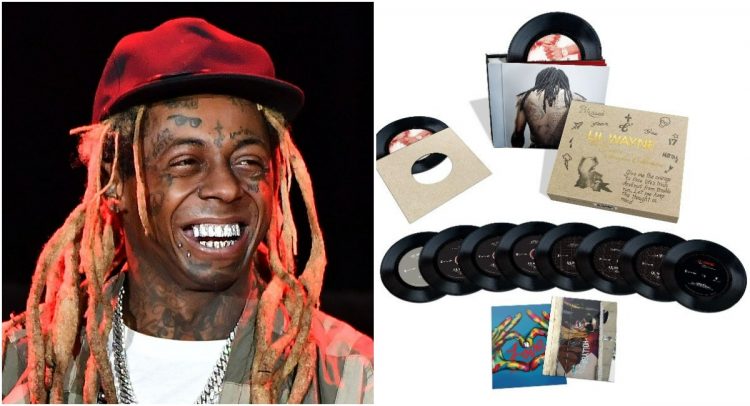 Lil Wayne is staying active for sure.

Last week, he joined forces with Rich The Kid for a collaborative album Trust Fund Babies, although it received a mixed response from fans. Then on Thursday, Weezy dropped a surprise new song called ‘Ya Dig‘ which sounded like it was recorded during the Tha Carter III era.

Turns out, it was in promotion of Tha Carter Singles Collection 7” vinyl box set which he is preparing to release soon. It will feature 19 of Wayne’s biggest Tha Carter series hits on 45 for the first time ever. Additionally, ‘Ya Dig’ will also be featured in the box set, which will come complete with liner notes and a booklet of rare photos, according to the press release.

The box set is scheduled to ship around November 12 and is available for purchase here. See the complete tracklist below.

1B. Bring It Back (Single Edit)