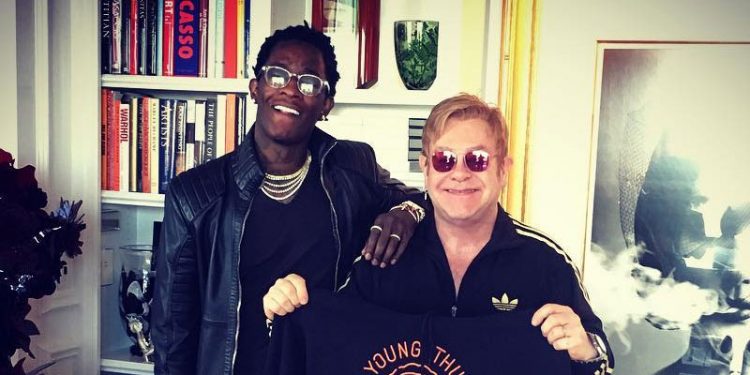 Young Thug is set to release his brand new album Punk on October 15th which we are quite excited about.

So far, the rapper has released only one single, ‘Tick Tock‘ which has experienced a limited amount of success. But that does not mean that he doesn’t have some solid music coming for us. On Sunday, Thugger partnered with Givenchy to play unreleased music as the soundtrack to their Spring / Summer collection live show.

New tunes from the rapper were played during the Women’s and Men’s ready-to-wear SSS2 show by Matthew M. Williams designed in collaboration with Josh Smith in Paris including a track tentatively titled ‘More’ featuring Gunna & Elton John.

Two more songs were played as well: ‘Police’ and an extended version of ‘Hate The Game’ which was first previewed by him during NPR Tiny Desk. Watch the video below.