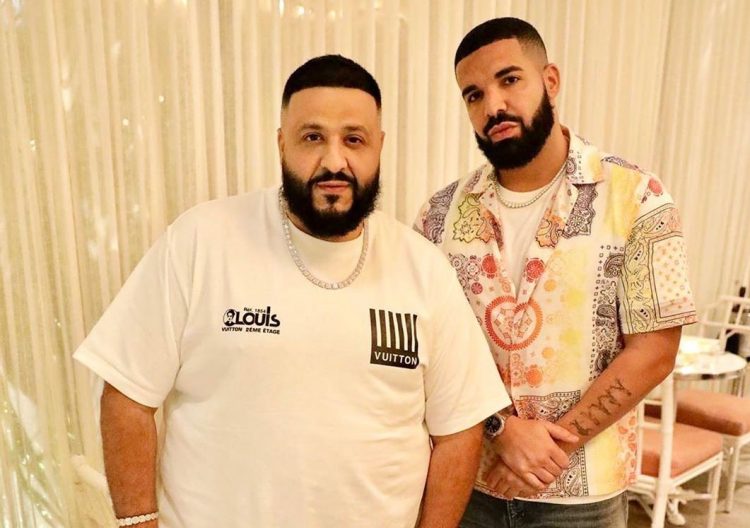 DJ Khaled has another new collaboration with Drake on the way.

The popular DJ and producer celebrated his birthday on Friday night in the company of some of his family and friends including Lenny S, Big Sean, Diddy and more. Drake called in on FaceTime to talk with him as well. “Oh sh*t, I’m on some Drake shit right here,” he says while appreciating his new Rolex. “Drake, you know you started this sh*t right? All these green diamonds and shit,” he continued while Drizzy looked on.

Soon after, Khaled says he has another new track with the Toronto superstar arriving soon that sounds crazy. “I got some new music coming out with Drake real soon. This sh*t sound crazy too, the vocals are in!”

DJ Khaled secures another Drake feature & says the VOCALS are in at his birthday party pic.twitter.com/wU9Fm86xDO

Watch the clip above. Khaled and Drake joined forces on twin singles ‘Popstar‘ and ‘Greece‘ last year with the former becoming quite a hit. There’s no word if this new song will be a one-off single or part of an upcoming album.