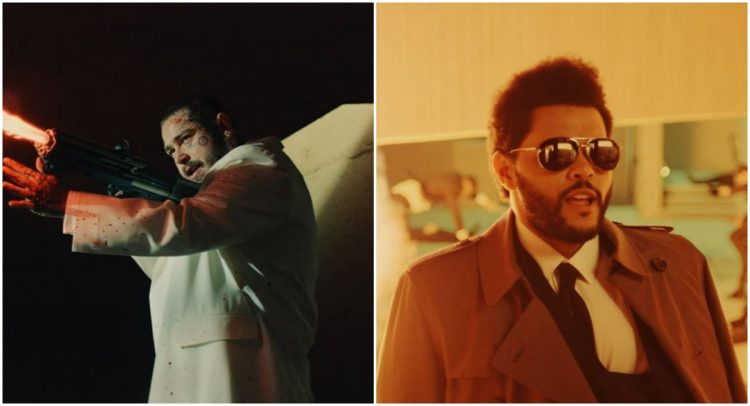 Earlier this month, label mates Post Malone and The Weeknd combined forces for the first time on the song ‘One Right Now‘.

It looks like one of those slow burner tracks, debuting at #6 on the Billboard Hot 100 chat during its opening week. The song is set to appear on Posty’s upcoming 4th album, the follow up to 2019’s Hollywood’s Bleeding.

The two artists go on a rampage of a bloodbath in the dark video which you can watch below. The Weeknd recently collaborated with Rosalia as well on the English-Spanish song ‘LA FAMA‘.