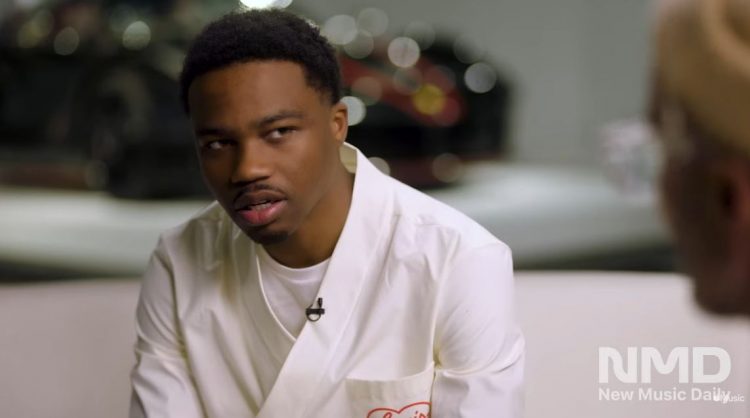 Today morning, his first detailed interview following the release of the album was released. The Compton rapper talked to Zane Lowe on Apple Music about his album, pressure after a successful debut LP, learning a thing or two from Kanye West and more.

“They say you make your first album and you got your whole life to make your first album. Your whole life and you talk about everything. But like with your second album, you got from your first album to your second album to make that shit and talk about mainly what went on between them two,” Roddy said about approaching his sophomore set. “If you a real artist, you ain’t just throwing shit out. It’s like you got that time. It’s like that’s really what I wanted to touch on when I’m talking about this shit. How was it from understanding where it was going to like now and really giving my fans a piece of knowledge on that and just trying to just drop certain science on them, just talk certain talk.”

The rapper said that Kanye helped change his mindset about what a “home” is and the importance of staying close to family.

“It just switched my mentality on like what a house is. Like yeah, mom’s out the hood, granny out the hood, pops out the hood. Like everybody out the hood. It’s not something I got to worry about on that end. I feel like that was what I was doing before I was selfish. You know what I’m saying? Like try to make a selfish move and move myself,” he said while trying to explain how the concept of home matters to him.

“I feel like I wanted to put everybody else in a position before I ever took that step, that big step on my own. With him saying that, it kind of just brought me back to earth, like n***a, take your time. You ain’t got to necessarily move too quick. Because at the end of the day, your home, you could have a $10, $20 million house. But that s**t may not even be your home. That might start feeling like an Airbnb.”