Shenseea Enlists 21 Savage on New Single ‘R U That’: Listen 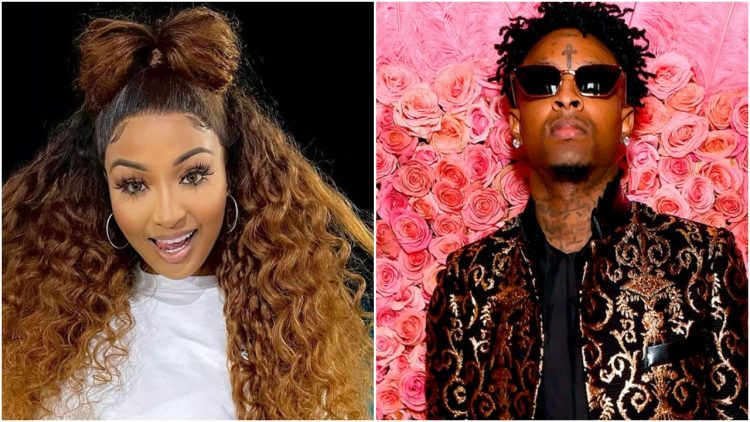 Shenseea continues to build towards her upcoming new album ALPHA as she drops her new single ‘R U That’ with 21 Savage.

This is an interesting collaboration because back in 2019, there were reports of a leaked audio conversation between 21 Savage and Meek Mill after the two rappers were playing Call of Duty. 21 was heard saying, “You know that Jamaican h*e Meek, Shenseea?” to which Meek Mill responded, “You know 30,000 people listening to this, 21, right?”

The two laughed it off but 21 said he was just trying to say he was a fan of her music and admitted that needs to stop using the word “h*e” to describe women. About 2 and a half years later, the two have collaborated on a sensual track where they rap about being good in bed. Listen below.

This song follows Shenseea’s previous drop ‘Lick‘ with Megan Thee Stallion. She is now managed by Wassim ‘Sal’ Slaiby, who also manages stars like The Weeknd and Doja cat. ALPHA is set to release on March 11th.