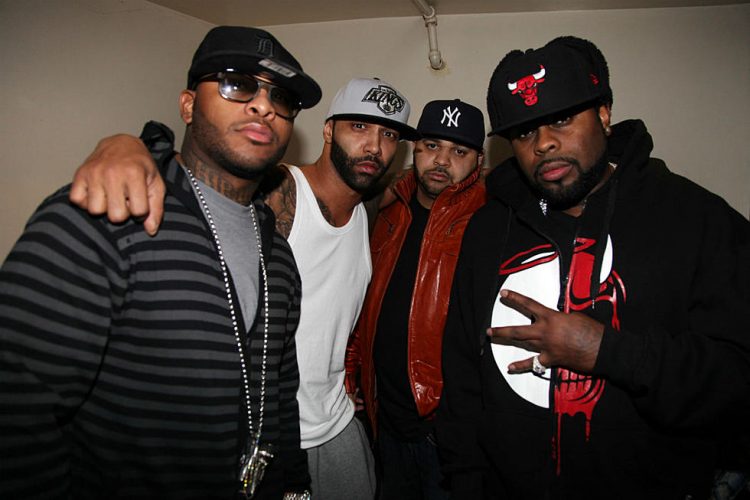 Things between the Slaughterhouse members have definitely gone sour with each member blaming the other for the no-release of their album and confusion over business dealings.

Joell Ortiz and KXNG Crooked released their The Rise And Fall Of Slaughterhouse project last week and when the project was initially announced with a single, Royce Da 5’9″ had expressed his disappointment and Joe Budden had also commented “SMH” on an Instagram post relating to the news.

Of course, things got quite heated in the following days during an Instagram live discussion. “Joell Ortiz, you are a f*cking liar!” Joe said at one point. Joell responded, “Y’all out here running around with a wild-ass narrative, lying about me and Crook—like we went and took a bag. Y’all got people out here saying that we did things for a bag; I’ve never done nothing for a bag. Y’all know me better than that! Listen, if anybody’s spinning a narrative, it’s y’all two gentlemen!”

“Tell ’em what album? Suck a dick, are you kidding me?” Budden also said at one point when Joell asked him to shout out The Rise And Fall Of Slaughterhouse project. “You want people to listen to this clown show?”

That discussion ended abruptly but it was revealed that the four artists had been working behind the scenes to get the group off of Eminem’s Shady Records and that Joe Budden nearly ended a five-year retirement to re-join Slaughterhouse for a feature for Westside Gunn (which ultimately did not happen). Their biggest disagreement seemed to be about a Slaughterhouse record deal that is currently on the table. Joell says that Joe and Royce turned the deal down, but both Joe and Royce claim that’s inaccurate.

During the live session, Joe Budden also told Joell that the Budden brand is bigger than anything Joell has going on.

KXNG Crooked has now done an interview with Bootleg Kev where Crooked explains in detail what the behind the scenes issues are. He claims that Joe Budden was primarily the reason why a Slaughterhouse album was never released and that he lied about another label Amalgam Digital “forging” a signature of his to keep him on which was proven false in the court.

Crooked said Budden’s paperwork held the group down but even when that was sorted, other “Joe Budden-related” stuff kept happening while the Slaughterhouse album Glasshouse kept collecting dust. Crooked said that he made trips to Eminem and Paul Rosenberg trying to sort all the business out but Joe wasn’t with it, giving out some reason or another for no-show. Watch the full interview above.