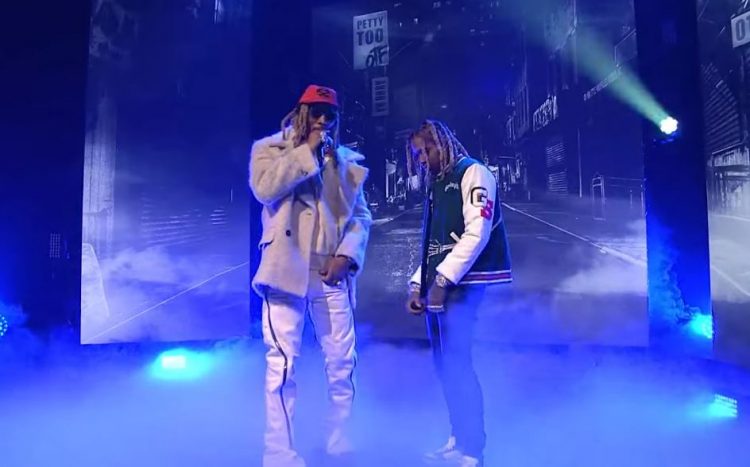 Lil Durk’s latest album 7220 is getting a lot of love from fans. With TV shows slowly getting back to in-studio live performances, Lil Durk made use of the opportunity to perform on The Tonight Show Starring Jimmy Fallon.

The Chicago rapper stopped by the show to perform a couple of songs from his album, including the lead single ‘AHHH HA’ and ‘Petty Too’ where he was joined by special guest Future. Watch their set full of censors below.