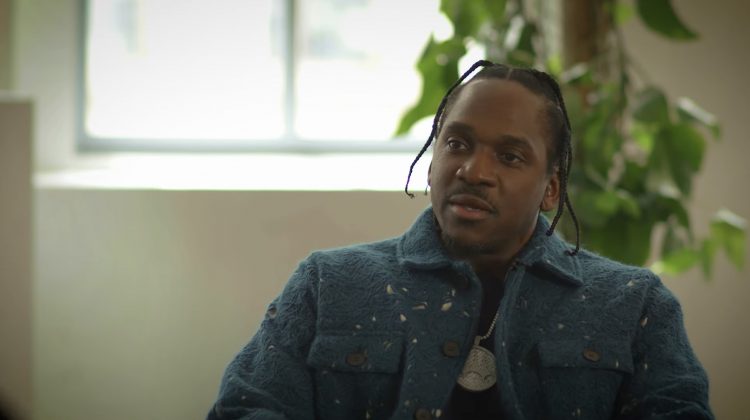 Pusha T is everywhere right now. He’s released a pair of singles for his forthcoming album It’s Almost Dry, one of which is ‘Diet Coke‘ and the other one being ‘Neck & Wrist‘ with Pharrell and JAY-Z. He also appeared on I Know NIGO twice, one on ‘Hear Me Clearly‘ and once with his brother on ‘Punch Bowl’. His promo run has included Sneaker Shopping, Hot Ones, Desus & Mero and a McDonald’s diss track.

Still though, we’re not sure when the new album will be out. This morning though, we have another interview that Push has done, this time with Charlamagne Tha God for his personal YouTube channel.

Together, they talk about how being a father changed Push, the new album, Pharrell’s comments about not wanting Push to be a mixtape rapper forever, dealing with the loss of both of his parents and more. He also talks about a song on the album called ‘Brambleton’ which is very personal and talks about Geezy’s Vlad interview where he talked about Clipse’s music being about him, falling out with Push and more.

You can check out the conversation below.