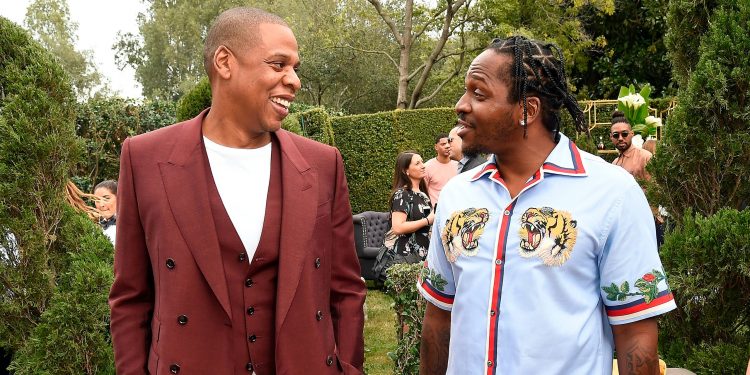 If the rumors are to be believed, Pusha T will release his new album It’s Almost Dry this Friday, though that’s yet to officially be confirmed. Either way we’ve got to be getting it soon, because the promo run has included an Arby’s collab, Hot Ones, Sneaker Shopping, Desus & Mero and more.

“We got different Saab stories, save your soliloquies…” – Hov #NeckAndWrist
(see you at midnight) pic.twitter.com/96MEhVYFAa

Before that though, Push has a treat for us. Tonight, he puts out another new song from the upcoming album. This one is called ‘Neck & Wrist’ and features none other than JAY-Z, who Push confirmed as a feature a while back. Pharrell is behind the production.

This marks the third time that the pair have been on the same song after ‘So Appalled’ and ‘Drug Dealers Anonymous‘. Have they scored the third time as well? Listen below and decide for yourselves.