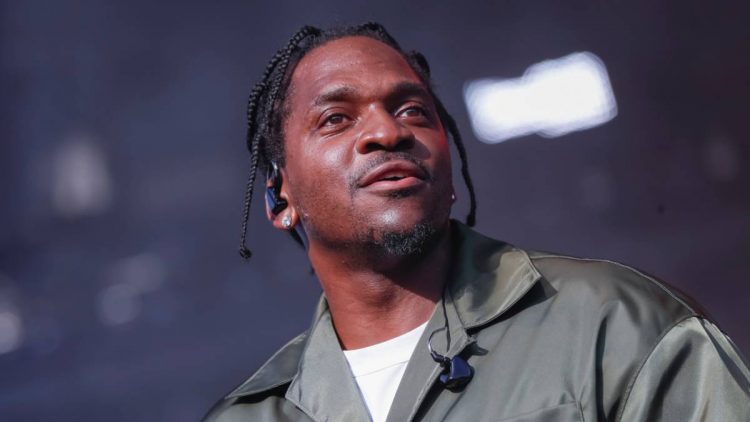 In December of 2020, Pusha T was on IG Live with Steven Victor and along with announcing that Kanye West and The Neptunes were producing his new album, he said that something from it would be out “in the next 90 days.” Unfortunately, the entirety of 2021 passed by and all we heard from Push were a couple of features and the news that his new album would be 12 songs long. As soon as 2022 kicked off though, it was clear the album was finally near.

Push dropped ‘Diet Coke‘ to an incredible reception. His NIGO collab ‘Hear Me Clearly‘ was also very well received. Now, it looks like we might now exactly when the new album is coming.

A German website called CeDe.de has put up the album as a product and on the page, the album title and release date are seemingly revealed to us. As Pusha T stated in his Complex interview a few weeks back, the album is not called It’s Not Dry Yet as previously rumoured. Instead, it seems like it’s called It’s Almost Dry. If you’re a little sceptical about this, it’s worth noting that at 6:23 of Push’s Complex interview with Speedy Morman, the album title is dubbed over, but it does look like “It’s Almost Dry” is what they’re saying. Check that out here.

The website also reveals that the album is due on April 8th, in just under three weeks. Again, while this isn’t absolutely confirmed, it does line up with Push saying the album would be out in the next few months in his Complex interview.

Check out a screenshot of the site below. Hopefully we can get some confirmation on this soon! In case you missed it, earlier today, the Virginia rapper teamed up with Arby’s to drop a McDonald’s diss track. Listen to that here. 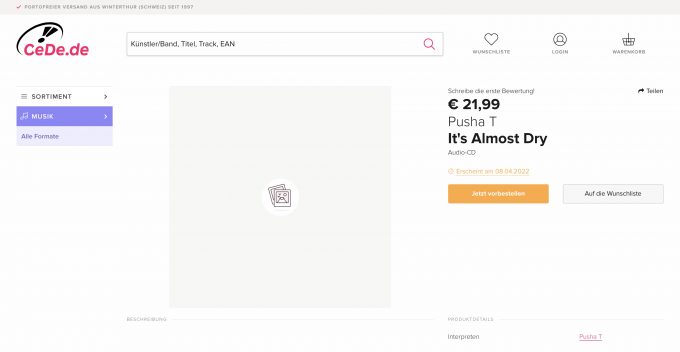