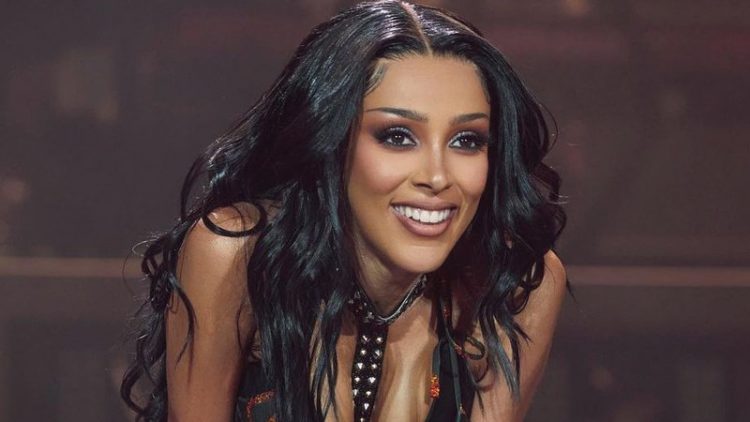 Doja Cat’s album from last year, Planet Her continues to do well on the charts as it keeps producing hit single after hit single.

But today, we have a new song from the singer-rapper called ‘Vegas’, the first single from the soundtrack to the upcoming Baz Luhrmann Elvis biopic. RCA Records had revealed the song a couple of weeks ago. It interpolates Big Mama Thornton’s 1952 rock and roll song ‘Hound Dog’.

Doja had played a portion of the track during her Coachella set over two weekends last month where she also brought out gospel singer Shonka Dukureh — who plays Thornton in the film. Today, it has arrived on DSPs. The star adds her trademark rap-singing flow to the energetic cut which you can listen or preview below. The movie, which stars Austin Butler as Elvis and Tom Hanks as the late rock icon’s controversial manager, Colonel Tom Parker, will open in theaters on June 24.

Doja is also set to appear on Post Malone’s forthcoming song ‘Happy‘. She will be going on tour with The Weeknd starting July 8.