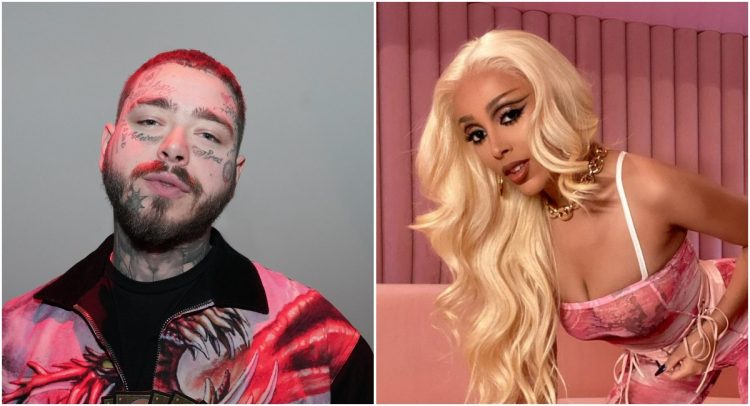 The singer recently went live on Instagram to talk a little bit about his album and even play a snippet of his upcoming collaboration with Doja Cat. “This one is featuring the most incredible and beautiful and most talented Doja Cat. She is so incredible. I am so blessed and so honored to be able to have worked with her,” he said before pressing play on the tune.

The song is called ‘Happy’ and sounds like it has big hit potential. Posty also confirmed on IG Live that his new album will include 14 tracks and include guest appearances from The Weeknd (the first single ‘One Right Now‘), The Kid Laroi, Roddy Ricch, and Robin Pecknold of Fleet Foxes.

Listen to the preview above. Post’s manager Dre London confirmed a couple of weeks ago that the new album twelve carat toothache will be arriving in May. “Results Or Excuses Choose Your Side! @postmalone album coming next month! What u want in life results or excuses!!” London wrote on Instagram.