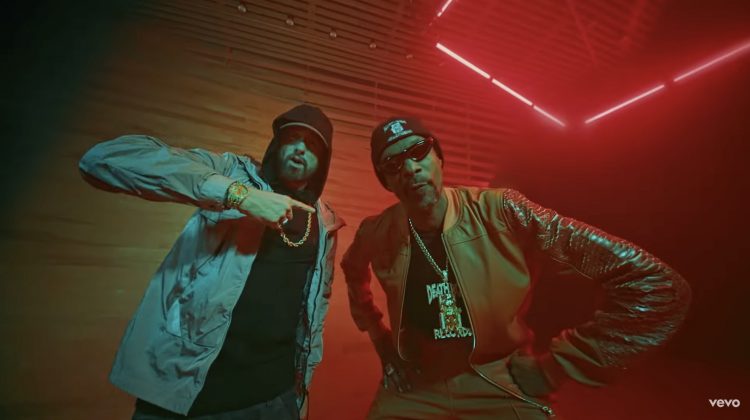 For his last few releases, Eminem has dropped his albums out of nowhere to his fans’ delight. Just a week ago we heard him and CeeLo on ‘The King & I‘ but now, he’s made a massive announcement.

Em has revealed that he will soon be releasing his new album Curtain Call 2. Better yet, we already have a preview of what it will sound like.

Em and Snoop Dogg, who both performed at this year’s Super Bowl halftime show, link up for the first single ‘From The D 2 The LBC’, which is actually the first time the pair have collaborated in years. This is the song that Snoop said would appear on the Mount Westmore album.

You can watch the video below. They both sound the best they have in a while on this, so we’re glad they squashed their issue.