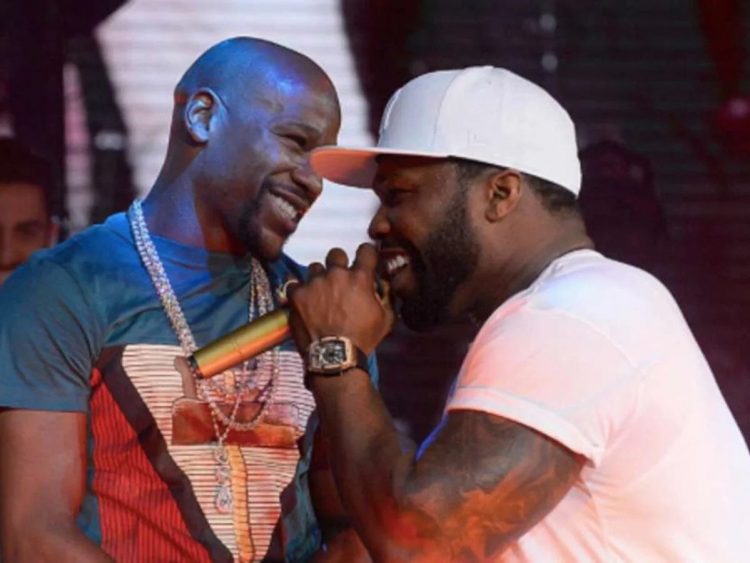 50 Cent has officially squashed his beef with Floyd Mayweather.

For the past several years, 50 and Floyd have thrown shots at each other and the beef famously produced one of the most hilarious moments from 50 Cent, the “ice bucket” challenge where 50 challenges Floyd to read one full page from a Harry Porter book.

Over the weekend, 50 posted a photo of the boxer with “Confirmed Tycoon” stamp on it. In his caption, the rap mogul said that Mayweather is confirmed to be in the building for 50’s upcoming Tycoon weekend in Houston. “Yeah Champ said he gonna pull up on me for Tycoon so you know we gonna go crazy. Big bags coming out TMT floydmayweather BOOM,” he said.

Now in a newly released clip from 50’s latest interview on The Breakfast Club, he explained how he made peace with Floyd. It happened during the All Star weekend in Vegas earlier this year, at a comedy show starring Mo’nique and T.I. Watch the clip below.

In other 50 news, he has entered into a new deal with the Houston Texans. It’s a partnership involving his premium wine and spirits company, Sire Spirits LLC, along with his charitable foundation: G-Unity. 50’s Branson Cognac and the Le Chemin du Roi Champagne are now the official cognac and champagne of the AFC South franchise.

“We are thrilled to partner with Curtis and his team to offer Sire Spirits to our fans on gamedays,” Texans team president Greg Grissom said in a statement. “We share a common goal of giving back to the city we call home, so bringing Curtis on board to present our 50/50 Jackpot on gamedays was a natural fit. We look forward to the great work we will do together through this partnership.”

“Last season, I had the opportunity to enjoy several home games, meet Texans fans, spend time with the McNair family and share with them some of the work I’ve been doing within the Houston community,” Jackson said in a statement. “When the opportunity to partner with the team at this level arose, I was excited to do it.”