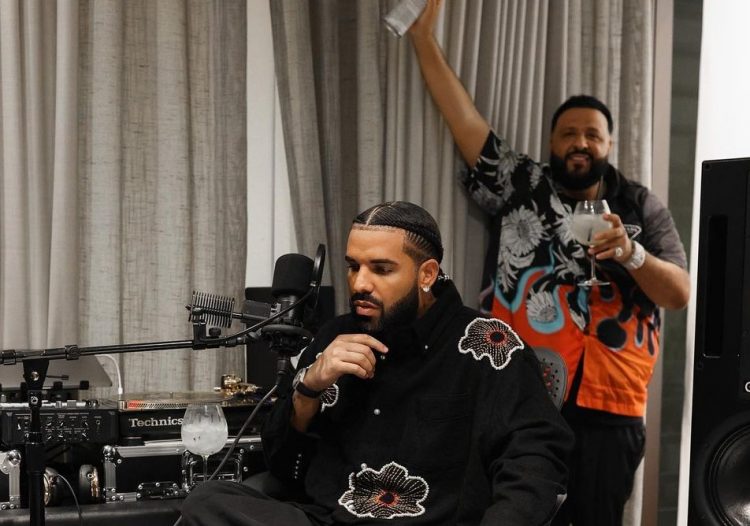 So far, he’s been seen in the studio with Jay-Z, Migos, Shyne, Giveon and Future among others during making of the album. About 10 days ago, he visited Drink Champs for an interview where he chopped it up with N.O.R.E. and DJ EFN about his journey so far, what keeps him going after so much success and creation of the new album.

Towards the end of the 2 and a half hours long chat which aired today, Khaled revealed that Jay-Z is definitely featured on one song but he requested for four to be sent in, hinting that “last minute magic” could lead to more Hov verses. Lenny S and Guru had called the already done song as one of Hov’s best verses.

In addition, Khaled also dropped the news that Drake is featured on multiple tracks. He said “vocals with an s” which means there is at least one more song apart from ‘Staying Alive’ that we will hear the Toronto superstar on.

Watch the clips above. We’d have to wait 6 more days to find out the end result. The full interview is posted below.