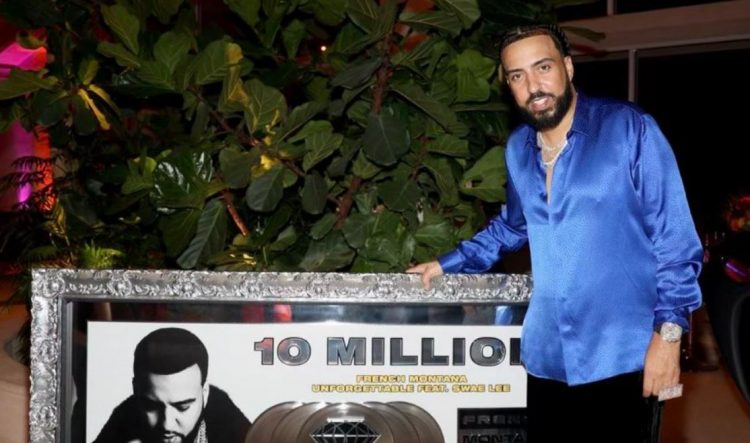 The song has earned more than 3 billion streams worldwide, making it one of the biggest hits in recent times. French Montana held an intimate dinner and received a plaque presentation on Thursday night which was attended by leading executives, family, and friends, including Chair and CEO of Epic Records Sylvia Rhone, Co-founder and CEO of XO Records Sal Slaiby and SALXCO VP of A&R Rahsaan “Shake” Phelps.

The song was released in 2017 and has now shifted more than 10 million copies in the U.S. alone. He’s become the first African born artist to achieve this feat. Congrats to French and the team!