Voice Behind FN Meka, Kyle the Hooligan Speaks Out, Calls out Capitol for Not Paying Him 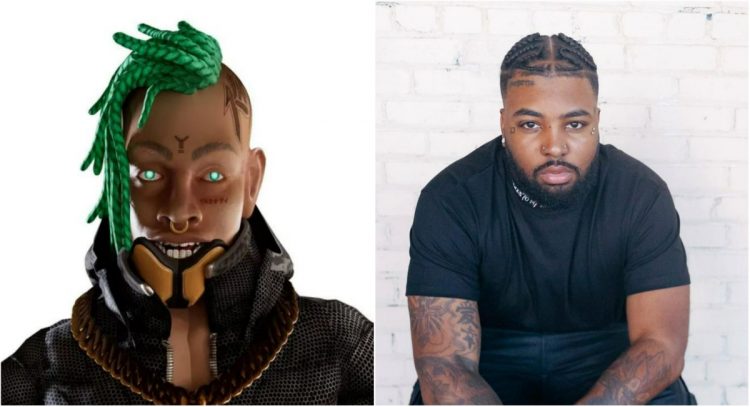 The voice behind controversial AI rapper FN Meka has spoken out on the situation for the first time.

Atlanta based rapper Kyle The Hooligan revealed that he was the voice behind the robot rapper that caught the attention of social media users this week after it was announced that it had singed a major label deal with Capitol Records. His reaction comes less than 24 hours after it was announced by Capitol that it was cutting ties with FN Meka.

Kyle claims that Capitol came to him with the project and he decided to do it thinking he can make some extra money on the side while he pursues his main career. But the label ghosted him and never turned in the money.

“They came to me with this AI shit and was like would I want to be the voice of it, and I thought it was going to be some collaboration,” Kyle said. “They promised me equity in the company, percentages, all this stuff, so I’m thinking, ‘OK, this about to be some collab, something different for me, so I can do my music and do some A.I. stuff with this FN Meka character.”

A post shared by Kyle The Hooligan 🇹🇹 (@kylethehooligan)

He says he’s happy Capitol got called out because it’s “karma” for them. “So everything going good,” he continued. “Next thing I know, n**** just ghosted me. Use my voice, use my sound, use the culture and literally just left me high and dry. I ain’t get a dime off of nothing, and they got record deals, all this stuff. I wasn’t involved in no meetings or none of that, which is fucked up. So, I’m glad they ass got canceled ‘cause that’s karma for they ass ‘cause God don’t play with me. I’m gonna tell you that right now.”

A post shared by Kyle The Hooligan 🇹🇹 (@kylethehooligan)

With over 10 million followers on TikTok alone, he was the No. 1 virtual being on the popular video platform. His latest single ‘Florida Water’ was released last week featuring Gunna & Clix, following his independent singles ‘Moonwalkin’, ‘Speed Demon’ and ‘Internet’. All of his music has been taken down from DSPs since then.

Meka’s creator Anthony Martini told NY Times that all of this happened due to blogs catching a clickbait headline.

“[Martini] said that FN Meka was, in fact, primarily an anonymous human rapper — “he’s a Black guy” — and “not this malicious plan of white executives. It’s literally no different from managing a human artist, except that it’s digital.” He added that the team behind FN Meka was “actually one of the most diverse teams you can get — I’m the only white person involved.”