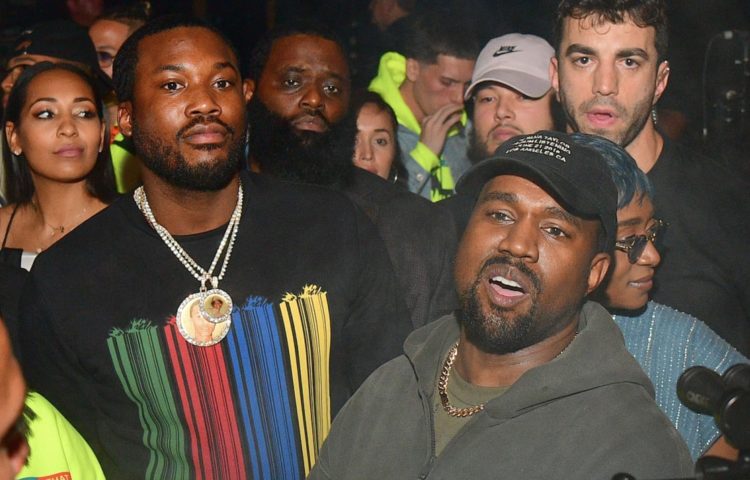 Kanye’s most recent appearance on Drink Champs has everyone chiming in online.

Only the first 40 minutes are currently out and in it, Ye says Drake slept with Kris Jenner and says that George Floyd died from fentanyl and not from the knee of the police officer. The narrative online seems to be that Noreaga and EFN should have pushed back a little if they were going to give the rapper a platform.

Meek Mill has been one of the public critics of Ye’s recent behaviour. When Ye made his slavery comments, Meek called him uninformed. In 2020 when Meek met up with Kim K about prison reform, Ye spoke out against it, implying that wasn’t the real reason and that he wanted a divorce because of that and other things. When murmurs about DONDA being a classic hit the net, Meek commented “Big cap” on the post. Most recently, Meek called out Ye for saying what he’s saying for fame and called him crazy and lame.

On Drink Champs, Ye addressed Meek directly. He says when the Kardashians “kidnapped” his daughter, Meek and Diddy didn’t speak out. He then got angry, shouting “all you fake hard n*ggas, f*ck you… you can’t shoot nobody anyway”. He went on to claim that Meek did a deal which is why he got out of prison, calling him a fed.