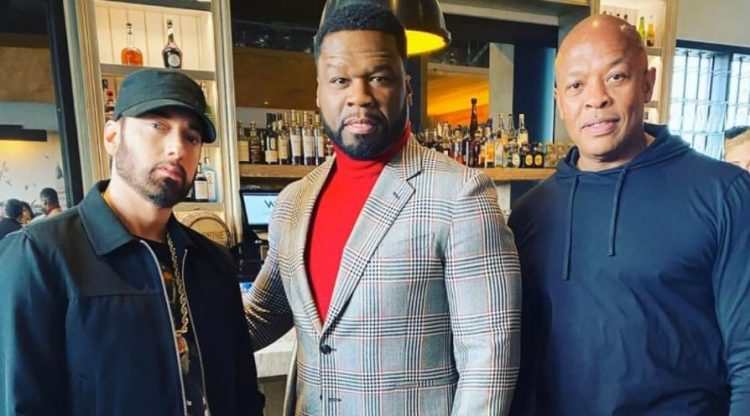 50 Cent has done his first interview of the year with Big Boy’s Neighborhood and he certainly had some stuff to talk about.

50 spoke about season 2 of BMF which premieres today (Jan. 6) on Starz and all the success he’s had on the television network. He continues to talk about his huge international success and selling out shows around 36 countries on his recent world tour. The G-Unit general explained the process behind the all star Super Bowl Halftime show and how he was tapped for a surprise performance alongside Dr. Dre, Eminem, Kendrick Lamar, Snoop Dogg and Mary J. Blige.

Big Boy also asked 50 about his recent Instagram post where he said we can expect new music from him this year apart from other content. That’s when 50 said something interesting: Eminem called 50 about it and said that Dr. Dre has stuff ready for 50 to jump on.

Speaking on his unique relationship with Eminem and his success in TV, his revealed that he’s working on a 8 Mile TV show, inspired by the very successful film starring Eminem. It’s already in motion and will be something like a modern version of Fresh Prince of Bel-Air.