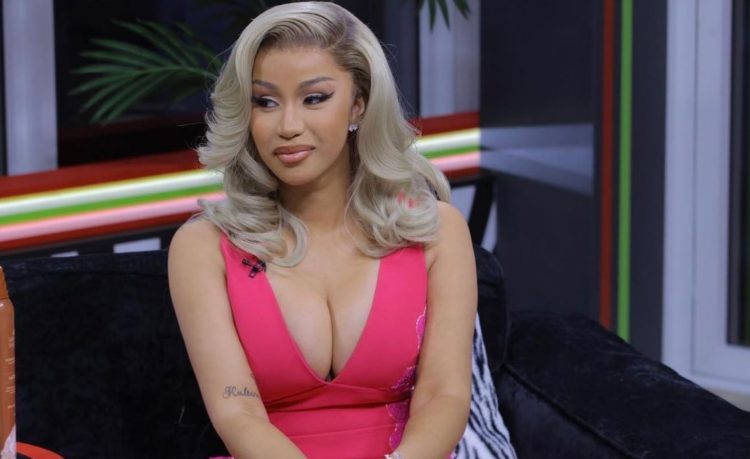 Cardi B has sat down with Jason Lee for her first proper interview in a long time for the latter’s new show with Revolt.

The full episode aired today across all streaming platforms before the video becomes available tomorrow via YouTube. Among other topics, Cardi B shared for the first time what happened in the minutes after she and her husband learned about Takeoff’s murder back in November.

“We were in bed. We were supposed to go to LaLa’s party in New York, and my daughter threw up all over my costume,” Cardi said. “Halloween was over ’cause it was just so much throw-up on the costume and I didn’t have nothing to wear,” Cardi said.

“So we just fell asleep, and out of nowhere, Offset’s phone kept ringing, my phone kept ringing. Offset picked up the phone and he was just like, ‘No!’ He’s screaming and screaming. He’s screaming like, ‘No! No! No! No!’ He’s like, ‘TakeOff is dead.’ I smacked him and said, ‘Don’t say that!’ And then he’s just like screaming and throwing things, throwing up, running all over. And I was so scared, I was crying so much. It was terrible.”

Cardi also spoke about the plastic surgery she’s got on her face to look better, most particularly her nose. The Bronx rapper said she first tried fillers but it didn’t go too well so she had to go for surgery.

Cardi also addressed the rumors about the song ‘Messy from Quavo where the rapper implies that his ex girlfriend Saweetie cheated with Offset. The “Up” rapper says she chose to stay quiet about it as it’s a private matter. Listen to the episode below.