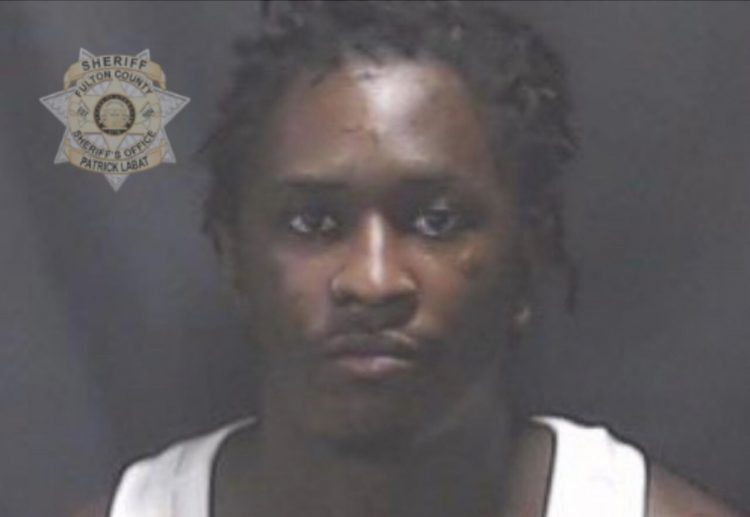 In an incident that has surprised many, Young Thug and a racketeering co-defendant were caught conducting a hand-to-hand drug transaction during a court hearing.

Fulton County prosecutors say the alleged exchange was captured on courtroom surveillance video on Wednesday based on which the authorities took action immediately. They say Kahlieff Adams gave a bag of percocet to Young Thug, whose real name is Jeffrey Lamar Williams, while he was sitting next to his attorney in court. Adams is currently serving life without parole for murder.

Security video shows Adams walking toward Thug from behind and reaching out his hand. Authorities accuse Adams of then passing Williams the drug and walking away.

Authorities took away the drugs in question immediately but a search of Adams revealed that apart from Percocet, he also had marijuana, tobacco, and other contraband wrapped in plastic and food seasonings to mask the smell.

Deputies took Adams to Grady Hospital after they say he appeared to eat other items of contraband to conceal the evidence. As a result of the incident, the court proceedings were delayed. “Court was delayed solely because of Defendant Williams’ and Defendant Adams’ illegal acts of possession and distribution, respectively, of contraband inside the Fulton County Courthouse,” the state said in its court document.

Adams is now facing possession of a schedule II controlled substance, two counts of willful obstruction of law enforcement, possession of marijuana less than an ounce, and possession of an alcoholic beverage by an inmate. Thug’s lawyer claimed that he did not know what was being handed to him.