Vinyl Sales Continue To Increase In 2009 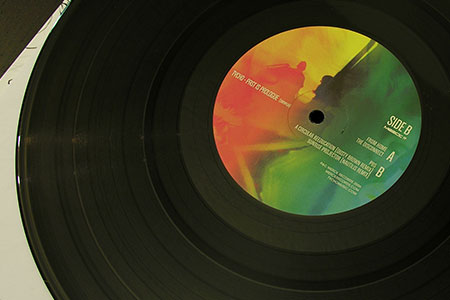 As a majority of music fans continue to adapt to the new trend of purchasing music digitally, sales of vinyl surprisingly continue to rise. According to Soundscan, U.S. vinyl sales have increased by 50% so far in 2009. In addition, it is expected that at years end, vinyl sales will reach 2.8 million; the highest mark since SoundScan began tracking vinyl sales in 1991.

In comparison 1.9 million vinyls were sold in 2008. 70% of these purchases are of the Rock genre while Country music takes second place.
Interestingly enough, vinyl still accounts for less than 1% of overall album sales. In fact, according to Soundscan, 121.8 million CDs and 33.2 million digital albums have been sold so far in 2009. While vinyl sales do account for a small percentage of total album sales, they have consistently been increasing, while CD sales have dwindled over the years. Again, Soundscan reports that they have plummetted from 553.4 million in 2006 to 360.6 million in 2008. In that same time period MP3 sales grew from 32.6 million to 65.8 million.