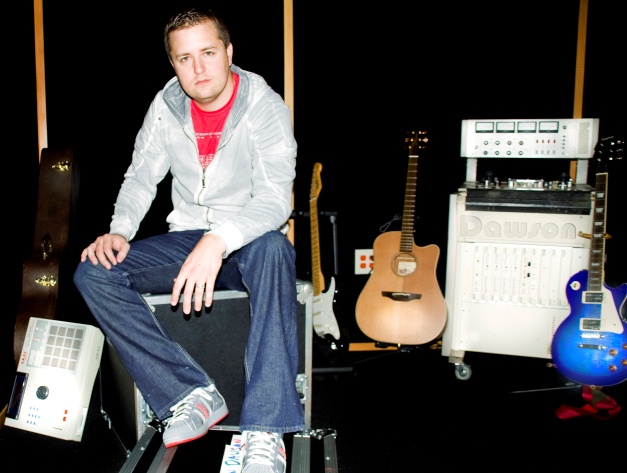 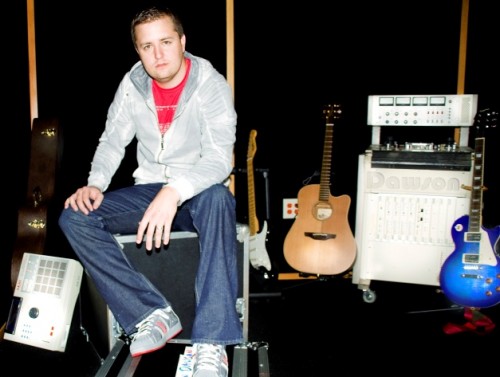 We often forget what it takes to deliver a high quality song since we’re only taking our imagination till the artist or maximum, the producer of the song. A mixer and a engineer has a very essential role in a song’s success. A weak tune can turn into a listenable one when it’s mixed right and all elements are heard in the manner that they are supposed to be heard.

With that in mind, I reached out to Andrew Dawson, a 3x Grammy Award winning mixer, engineer and producer who has worked on some of the biggest Hip-Hop & R&B albums of the last decade including all 5 Kanye solo albums, Tha Carter III & IV, Drake’s Thank Me Later, Common’s Be, Beyonce’s 4, Rick Ross’ Teflon Don, Jay-Z’s Blueprint III, UGK’s Underground Kings, T.I.’s Paper Trail and Nas’ Hip Hop Is Dead, just to name a few. If those titles don’t satisfy you enough, check out his entire discography here. Not to forget, he also earned co-production credits for Kanye’s ‘Power’.

Andrew and I discussed working with Kanye, how he’s stuck to Andrew for the past 8 years, his favorite Kanye songs, producing Chamillionaire’s banger ‘When Ya On’, Lil Wayne’s Carter III & Carter IV, upcoming projects and much more. Check out our exclusive two page interview.

HHNM: Hi Andrew, thank you for taking out the time to speak with us.

Andrew Dawson: Sure, no problem.

HHNM: I was looking at your credits. You have mixed and engineered some of the biggest albums of the last decade. How does that feel?

Andrew Dawson: It’s a pretty exciting thing actually. I don’t spend much time to kind of look back at stuff like that. I was talking to my manager the other day and I couldn’t even remember some of the songs I have mixed in my career because they’re so many. I had to go back and look at it. It’s nice to sometimes look back and say “hey I remember doing that one” (laughs). I’ve just been focused on what’s next. But it’s really been a great trip so far. I’m really excited about the future as well.

HHNM: Great. You obviously have a special working relationship with Kanye since you have mixed/engineered all his albums till now. Tell me how you started working with him.

Andrew Dawson: Well, I was working in a studio in New York City at one time. And Kanye was working on his The College Dropout Album. He was about half way into that album and he had a couple of engineers working with him with whom he wasn’t really happy. My name came up next on the list like “ok, you’re next” and he decided to give me a try. And then 1 day turned into 2 days, turned into week, turned into a year. And it’s been about 8 years now. Rest is history.

HHNM: This is a hard question but if you had to pick your 3 favorite Kanye songs, which ones would they be?

Andrew Dawson: Ahh.. This is a tough one. Let me think. One of them would be ‘Blame Game’ off My Beautiful Dark Twisted Fantasy. I really love that one because it’s a great story and well put together. And.. Gosh, it’s so hard to pick. Another one I really like is ‘Gone’ off Late Registration. I like that because we were able to do a different sound with that one. And the third would be ‘Jesus Walks’. I love working on that one and I had a feeling it would become really big. Which ones are your favorites?

HHNM: Oh taste of my own medicine? (laughs). He’s got some amazing songs. I like ‘Hey Mama’ a lot. I also love ‘Through The Wire’ and ‘All Falls Down’. I think his first 2 albums are his best work.

HHNM: Did you also mix or engineer the highly acclaimed album Watch The Throne. Is it a tough job to work with two legends like Kanye and Jay-Z at the same time?

Andrew Dawson: Actually, you know what, I did not specifically work on that album. I was involved with a few songs we had done in Hawaii that ended up on My Beautiful Dark Twisted Fantasy. But I was not a part of the Watch The Throne sessions per se.

HHNM: I know you have worked with artists outside of Rap as well. What is your most memorable studio session?

Andrew Dawson: Wow, you’re asking me some tough ones (laughs). I can’t pin point one session but the stretch of sessions for My Beautiful Dark Twisted Fantasy were amazing. You know, just the stream of talent which was coming in the studio to work on the album. Some people you wouldn’t expect to come by the studio and hang out. Like one day it was Brandon Flowers (from The Killers) at the studio. Next day we had Elton John coming by. The next day we had Rihanna. Like all in a span of probably just a week. It was really cool.