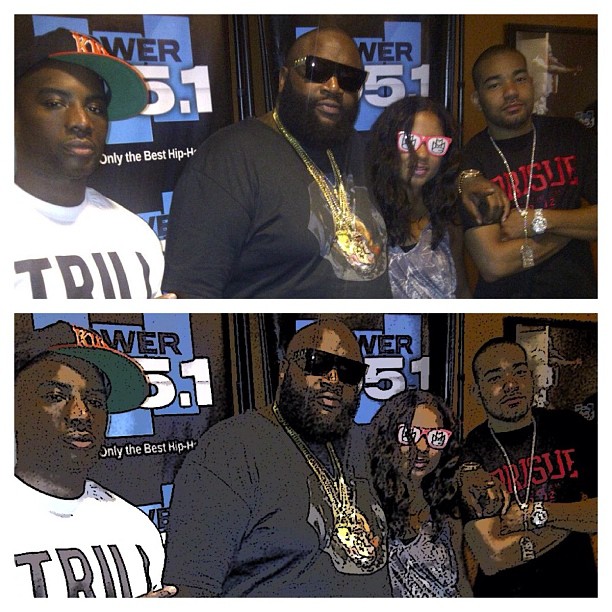 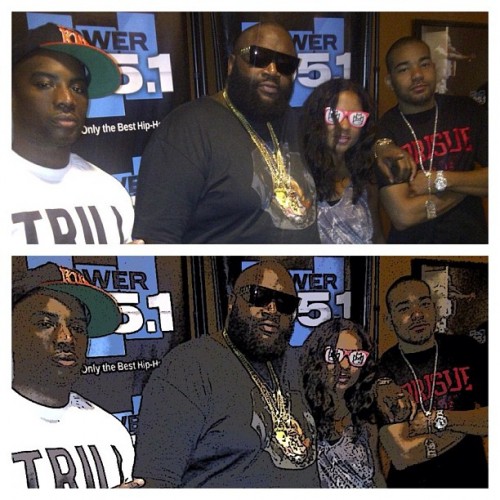 Rick Ross stopped by The Breakfast Club on Power 105 to chat with C Tha God, DJ Envy and Angela Yee early in the morning today. First off, he confirmed that Meek’s debut album Dreams & Nightmares is no longer releasing on August 28th and rather “coming soon” which makes it the second MMG album not sticking to its original date as announced in the press conference in May.

Rozay then spoke on his new maybach, BET’s rejection of his latest ‘Hold Me Back‘ which has now been sorted out, possible video for ‘Sixteen’ with Andre 3000 and more.