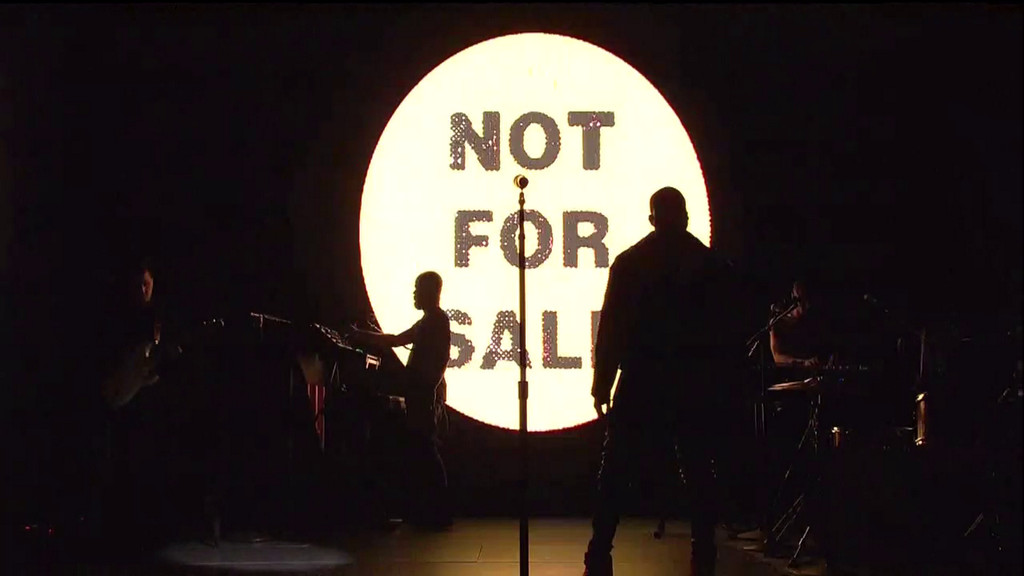 The much awaited moment is finally here when Kanye takes the stage on Saturday Night Live. In typical fashion, Ye took stormed the set tonight and debuted a high-powered, Rock influenced song called ‘Black Skinhead’ which is expected to appear on his new album Yeezus, dropping June 18th. Watch below.

UPDATE: He later returned and performed ‘New Slaves’ which he debuted in the streets across the globe last night.

UPDATE 2: Kanye has revealed the lyrics to “BLK SKN HEAD”.

Bonus: His hilarious stare at the end: 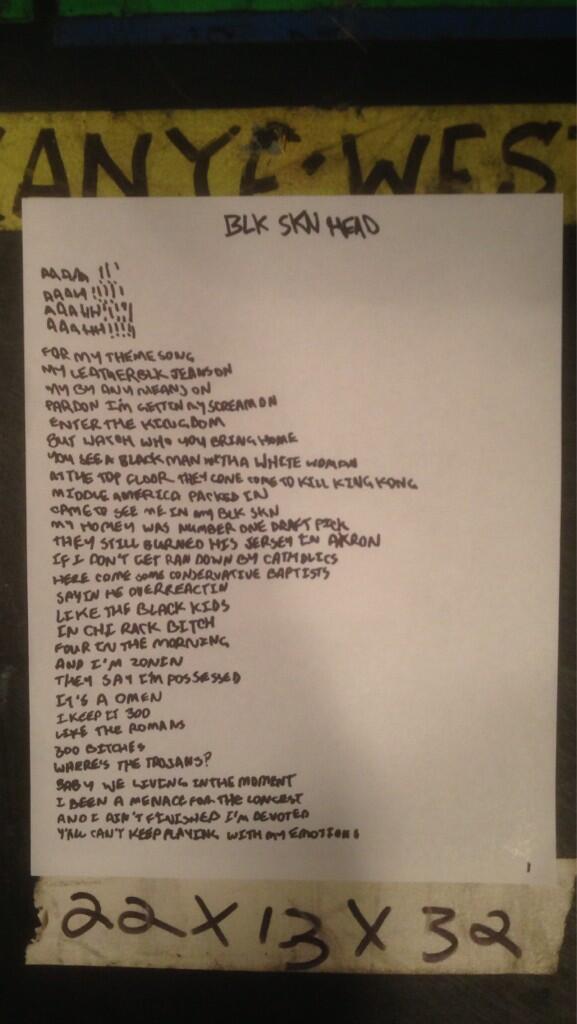 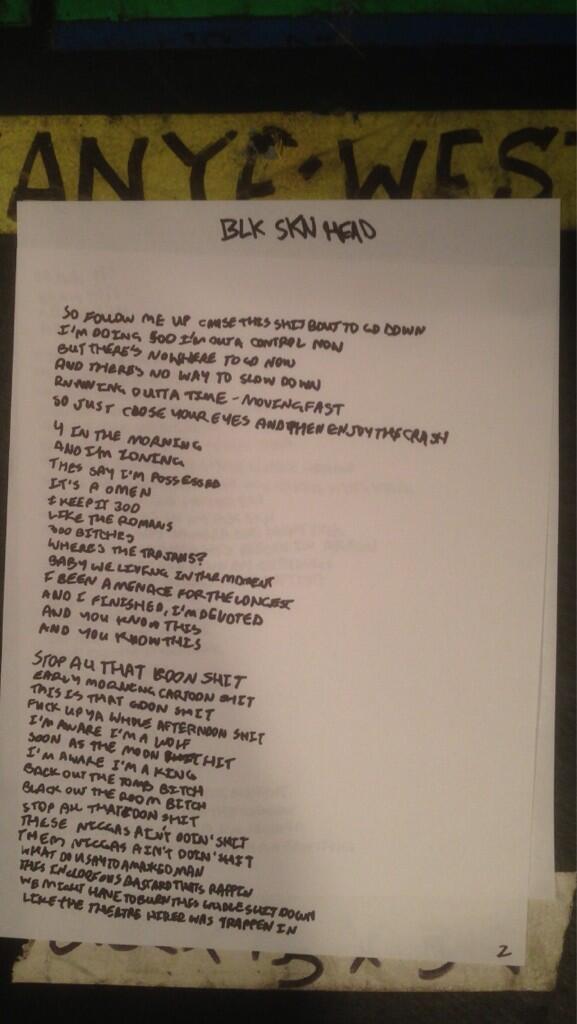