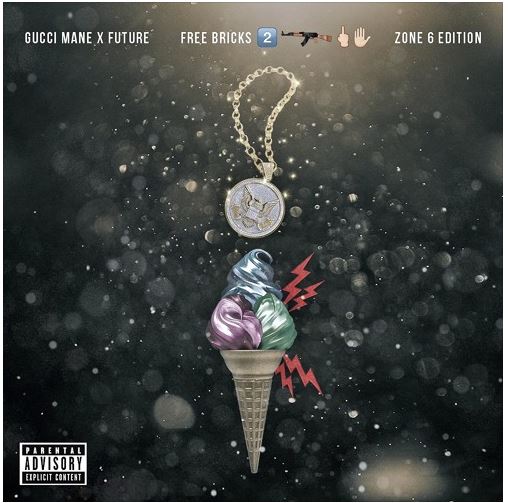 Gucci Mane has earned his first number 1 song on the Billboard Hot 100 this week with appearance on Rae Sremmurd’s ‘Black Beatles’. To celebrate the big achievement, he has a dropped a huge surprise for his fans.

Gucci Mane and Future connect for 2nd installment of their Free Bricks mixtape series, titled the “Zone 6” edition. It’s more like an EP actually, made of 6 new tracks but should make fans extremely happy. The original version of the mixtape, hosted by DJ Scream was released back in 2011.

Stream the new project below right now and lookout for Gucci’s The Return of the East Atlanta Santa project dropping December 16th.