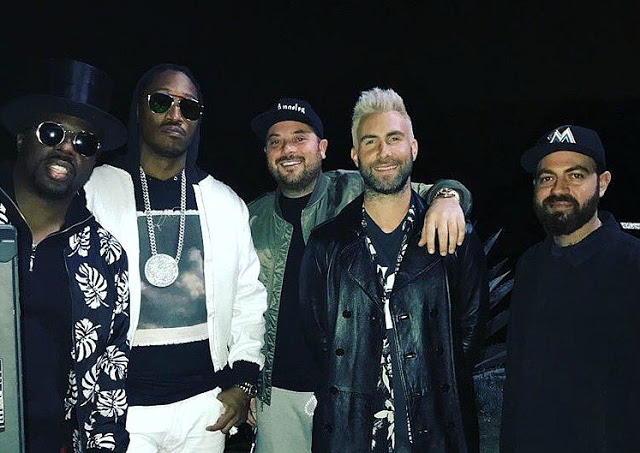 UPDATE: The full version of the song is here. Listen on this link.

Maroon 5 is definitely aiming for the Urban demo this era. Their first single ‘I Don’t Wanna Know‘ had a guest appearance from Kendrick Lamar and it surely did the trick on the charts.

The band is now prepping the release of the follow up titled ‘Cold’, this time taking help from none other than Future. The two acts shot the video for the song in December which kicked off the rumors of a potential collaboration. The picture above is taken from the sets of the video. A fan account had also posted a video from the shoot, which gave away a sneak peek of the song.

New song is called ‘Cold’ and it sounds like this lmao pic.twitter.com/XssZ70hlZn

‘Cold’ is set to go for radio adds on February 21st but don’t be surprised to see the online release before that. M5 is expected to release a new album via Interscope Records in the coming months.