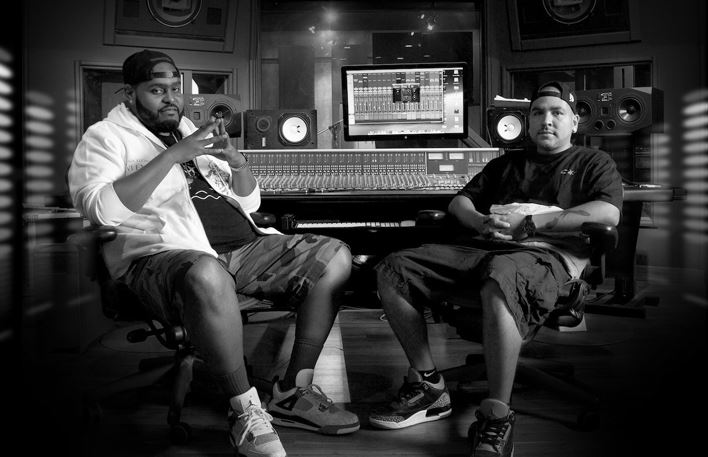 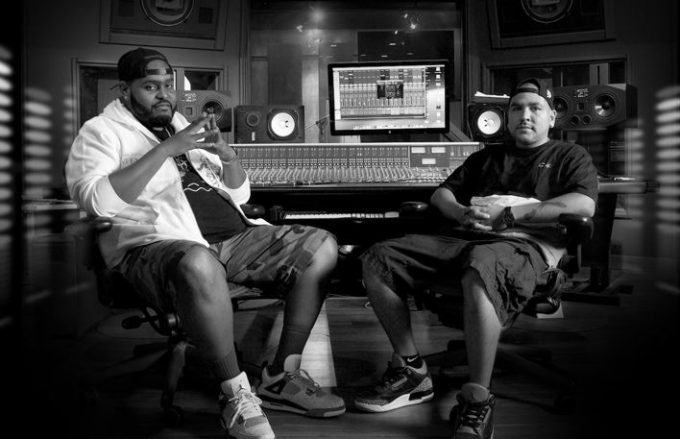 Production duo Buda Da Future and Grandz Music, who go by the name of Buda & Grandz, are not new to the game. The two man team has been around for about a decade and produced songs for a range of artists like 50 Cent, Meek Mill, Lloyd Banks, Ne-Yo, Jadakiss, The Game and more.

But it’s their new role — artist development at Triangle Offense, Dave East’s new label, which has them really excited about the future. They now serve as the in-house production duo of Triangle Offense which has a joint deal with Def Jam Records. Buda & Grandz also have some notable work coming out soon — namely Rick Ross’ highly anticipated song ‘Maybach Music 5’ on the Bawse’s forthcoming album Rather You Than Me.

HHNM recently had the chance to chat with “America’s favorite duo” about how the placement came about, sound of the track, upcoming projects and more. Read on…

You have worked with some of the top artists in both R&B and Hip-Hop. What has been your best experience so far?

Buda: Best experience would probably be the artist development with Dave [East].

Grandz: Yeah definitely, just watching his growth between these past 3-4 years is amazing.

Buda: Watching Dave becoming a household name, and actually doing the single featuring Ne-Yo from last year– I’d have to say that was one of our best experiences so far.

Grandz: Yeah that was like our first album single.

What equipment do you use the most for your beats?

Grandz: We use exclusively Ableton, and different VSTs (Virtual Studio Recording). It’s just so convenient because all you need is the laptop, the program and our sounds.

Buda: Yeah, it’s definitely our weapon of choice. Also, we use the machine push and different MPCs.

Grandz: It was definitely trial and error when we started making beats. But the thing we liked most about Ableton was that it reminded us most of an MPC. It was something about it that really stuck with us — you know using an MPC for so many years it [Ableton] was just like the second best thing.

Many complain about the lack of New York sound in New York artists’ music these days. What are your thoughts on that?

Buda: They’re not looking hard enough. When we hear that we kind of laugh. When everybody went out of town to create a sound or chase what was on the radio, we stood in New York and we stuck to our guns and continuously created good music for New York artists. We really made it a point not only to take care of New York artists, but artists in the tri-state area. So even when they said the sound was dying, we were still producing for a lot of artists—from the West Coast, the South, Canada so it never stopped us from working. After we continued to work outside of New York. we decided we were going to develop an artist from New York and create him into a household name. I laugh when people say that because when you think about it, you have 3 of the top 10 mainstream Hip-Hop artists that are from New York right now. Actually 5, if you count Nicki and French [Montana]. We always managed to get something on the radio, even when radio was always all the way down South with it. We have been able to stay relevant through the grace of God, and the internet – we continued to work with various artists during the time when NY wasn’t being looked at.

How did the deal with Triangle Offense and Def Jam come about?

Buda: It’s a 50/50 joint venture. Which is something that hasn’t been done in years, since the Rocafella era. Grandz and I were the sound smith behind that when it came to creating and designing the sounds for Dave East and Triangle Offense. That’s what led us to be included with the deal.

Grandz: Steve Carless also had a lot to do with it too.

Buda: He’s a Def Jam A&R exec that signed us and Dave East. We knew Steve since about 2006 when he was working with Shyne, and we always managed to keep that relationship with him.

The ‘Maybach Music’ song series from Rick Ross are much celebrated in Hip-Hop. How did you get involved in the upcoming 5th installment?

Buda: Through the courtesy of DJ Sam Sneak and Geda K. Geda K was actually someone who worked with Ross, and he connected the dots with DJ Sam Sneak. From that point, we all started building and creating records for Ross.

Grandz: Yeah, they asked to send beats for Ross so we created a sound that we thought would best fit for him.

Who all is featured on the song? Did Ross already have the guests in mind?

Grandz: So we submitted it with the hook from our artist and writer Katt Rockell. So the hook and idea were pretty much there for it already.

Buda: And then one day Sam Sneak called me, and said “Yo, I might have DeJ Loaf on the record” and I said to myself yeah right. So one day we came down for mixing on the record and DeJ Loaf was on it, with Ross and Katt Rockell.

Tell us something about the sound of the song.

Grandz: This song was actually started in London. I had gone to London last year, and I was staying with a friend of mine who is also a co-producer on the song, Beat Butcha. That’s where we started it, and while I was there we just worked on a bunch of ideas—and that’s what started it. It’s just cool to associate the song with the memory of my first time being in London, having so many new experiences, and ultimately creating a Ross record out of it.

Buda: Right, it just makes everything that much better.

Grandz: It was definitely vibes. That day me and Beat Butcha just started playing with sounds and it was history from there. That’s really how we approach all of our music.

Buda: Yeah we don’t really go to the studio with the mindset like we’re going to work for a certain artist. We just go in and create.

Grandz: We’ll have homework every now and then where we have to do something specifically, but about 99% of the time when it’s just us, we just go with the feeling and work off of whatever we’re feeling at that time.

What other upcoming projects can we look forward to from you two?

Buda: Dave East has an EP coming soon that we’ve been working on, and we’re working on the new Lox album which is dropping sometime in the summer.

Grandz: We’ve also been working on some stuff for Jay Rock from TDE.

Buda: We really try to create for everybody so we have enough music. We try to have as much amo as possible. So the more music we make, the more chances we have with landing it with more artists. We just try to stay prepared for everybody– like a broad spectrum.

Grandz: There may be like a straight week where we’re doing like R&B type tracks. We’ll do a little trap here and there. It’s just like you get into a certain zone and create from there—then you might get pulled somewhere else. But it’s good because it creates variety in your work.

Buda: And there are times when there is music out and it just inspires us to do something that day. Depending what the temperature of music is at the time, it really plays a part in inspiring us to create.