8 Years Later, ‘No Ceilings’ Is One Of The Best Mixtapes Of All Time 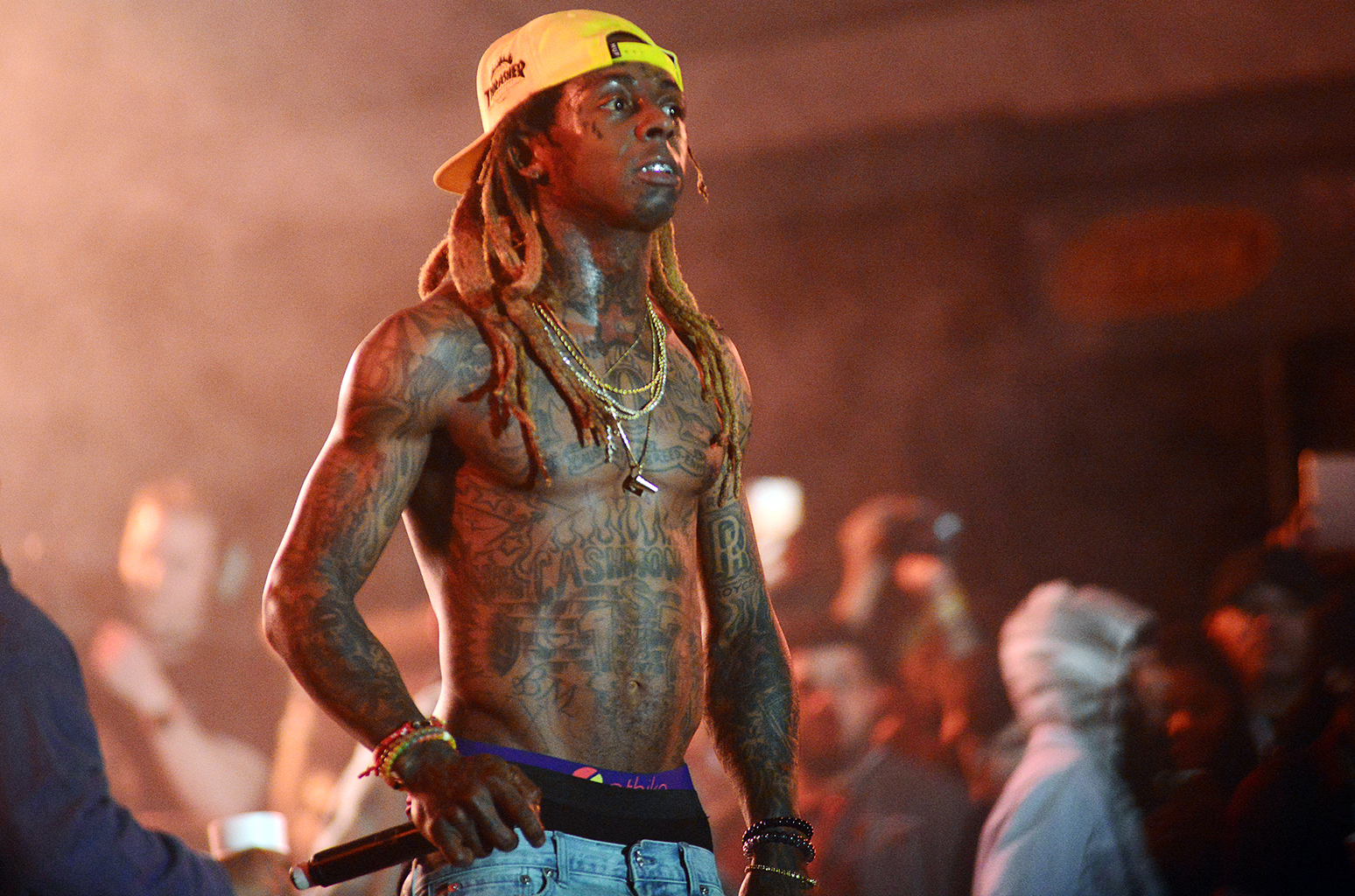 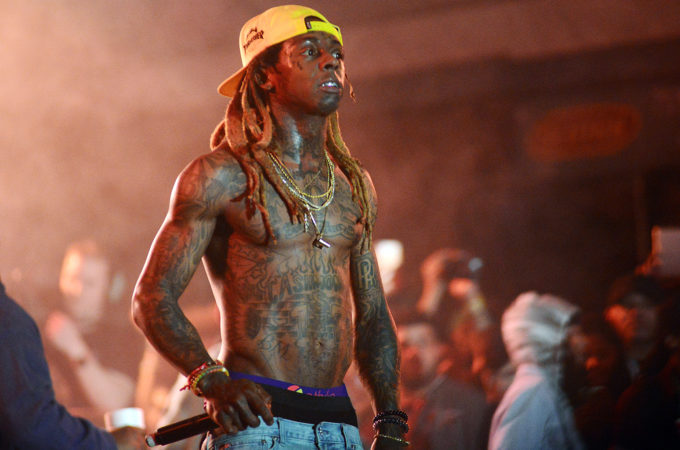 To this day, I’m still not sure what did it. Was it a JAY-Z jab on ‘D.O.A.’? Or was it the lukewarm reception to the attempt at Rock music which would culminate on Rebirth? Whatever it was, it triggered something in Lil Wayne which led to him create what will be remembered as not just one of his best mixtapes, but one of the greatest of all time, No Ceilings.

2009 wasn’t quite the year everyone expected from Lil Wayne. After releasing his biggest album with Tha Carter III in ’08, Wayne took a left turn like he often loves to do and decided to release exactly 0 Hip-Hop singles the following year. All we heard from him as the lead artist was ‘Prom Queen’ which was polarising, to put it politely. In a weird turn of events, he found himself in a space where once again he had something to prove despite selling over 1 million records in his first week just a year prior.

By this time, the incredible aura attached to Lil Wayne mixtapes already existed thanks to Dedication 2 and Da Drought 3. The idea that Wayne would take anyone’s song and turn it to his own owed itself to ‘Ride 4 My Niggas’ (better known as ‘Sky Is The Limit’ – commiserations to Mike Jones). The perception was that for some reason, Lil Wayne’s mixtapes were just better than his albums. And it wasn’t just something some insane, hardcore fans had convinced themselves of either. JAY-Z agreed.

A backhanded compliment if I’ve ever heard one. Hov spoke highly of Wayne on the same album that ‘D.O.A.’ appeared on so it’s difficult to weigh this up as a diss, per se. But it’s certainly not the praise you’d expect from Carter Senior to Carter Junior.

But if that line had anything to do with Wayne deciding to make No Ceilings, then we’re eternally grateful.

Sitting here and writing about how lyrical the mixtape is would be easy. To compliment his beat selection and joke about how the 2015 follow-up didn’t live up to our expectations and probably never could would be a walk in the park. No, this deserves more. More than just a great project, No Ceilings was Wayne slapping us back to our senses if we ever doubted him as a rapper. The equivalent of pouring a cold bucket of water over someone losing their minds. A genuine moment of embarrassment for fans worldwide.

It was the perfect balance of Wayne reclaiming his spot on top and showcasing his own artists like he wanted to do on D3. It’s become a dream of mine to get a mixtape like this from a few different rappers. Picking the hot beat of the moment, stacking metaphors together over it until you didn’t want to hear anyone else on that instrumental again and then doing that 20 times in a row and putting it out for free.

We have Scoob Doo partly to thank for the perception of the mixtape. Hearing rappers do what they do best in our headphones day in and day out is one thing but seeing them actually record vocals in a studio makes everything feel a little bit more real. Despite achieving unrivalled success, making millions upon millions and having a face recognisable worldwide, there are elements of Wayne’s journey which feel like they’re only truly appreciated a certain sect of fans. The Nino Brown Story series is one of those moments.

The first is key in its own right but the second is truly something special. For those of you who are slightly confused reading this, The Nino Brown Story 2 is essentially a documentary shot by DJ Scoob Do which follows Lil Wayne as he shoots music videos, hangs out with his famous friends and most relevantly, records music which at this time happened to be cuts for No Ceilings.

The Lil Wayne recording process was simply a myth at this point. Does he freestyle everything? Does he memorise an entire verse before he records it? Is that flick of the lighter before his verse real every time? (Spoiler: Yes. Yes it is).

The Nino Brown Story 2 answered all of those questions and more. Footage of Lil Wayne recording his freestyle over N.O.R.E.’s ‘Banned From T.V.’ showed exactly what kind of a martian he is. In one of the more memorable scenes, after recording a perfectly acceptable bar, Wayne takes a rare pause and says the following:

“Nah. Hold on. I’m coming back with something better… Let me hear the beat.”

He raps a completely new line right after. And in case you thought it was just a fluke or editing to look like it was only seconds, later on the same song, Wayne takes all of 35 seconds to think of the final 4 lines on the spot and delivers them perfectly right afterwards. Truly a monster. It’s almost not fair. Skip to 02:42 and 08:18 below to see it yourself.

The documentary and the No Ceilings era are monumental in more ways than that, though. It brought us the footage in which Wayne told us he quit drinking lean and the footage that showed him pranking friends in the studio. It’s no coincidence that the same documentary that conveyed how much of an alien he is humanised him in so many ways too.

Carter V-gate seems to have left the relationship between Lil Wayne and his fans somewhat distant. The promise of new music feels empty through no fault of Wayne, Cortez Bryant or Mack Maine and the most recent of far too many seizures have us wondering if the man who is now just as close to 40 as he is to 30 is still fit for his rockstar lifestyle. Wayne has even said he’d feel selfish had he not retired by age 35. Admittedly I’d rather have a healthy, prime Wayne right now rather than not but looking back, recent years have only helped make the No Ceilings era feel like the absolute pinnacle of a storied career. Those spontaneous Ustream sessions (f*ck Madden Champ), the unrivalled hunger, even the way he dressed. Perhaps it’s nostalgia, perhaps not. But for all of the reasons listed, 8 years after its release, No Ceilings remains one of the greatest free bodies of work ever created by a rapper which deserves our undivided attention every Halloween. And we didn’t even have to discuss the bars; hilarious, witty and through the roof in terms of creativity. No ceilings, indeed.