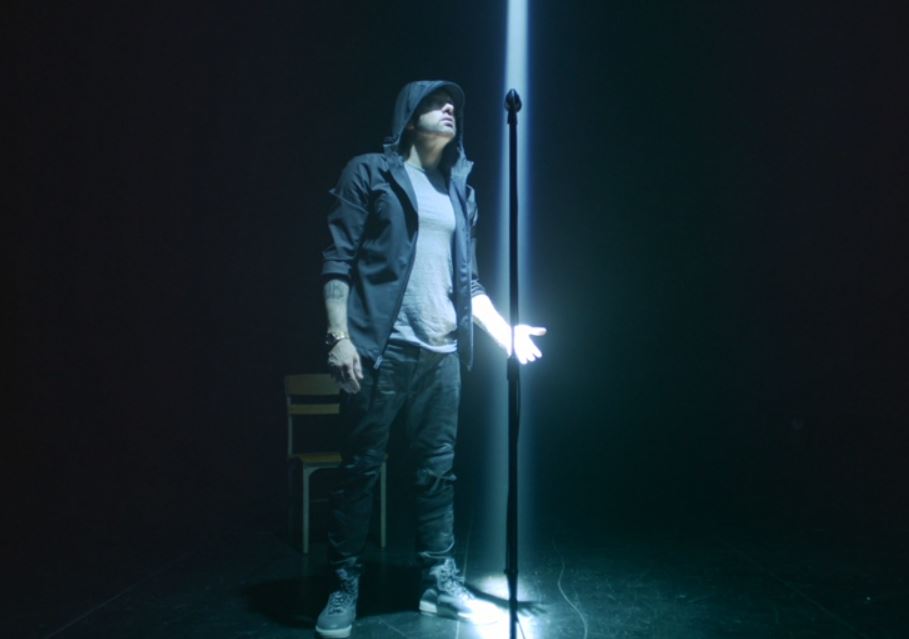 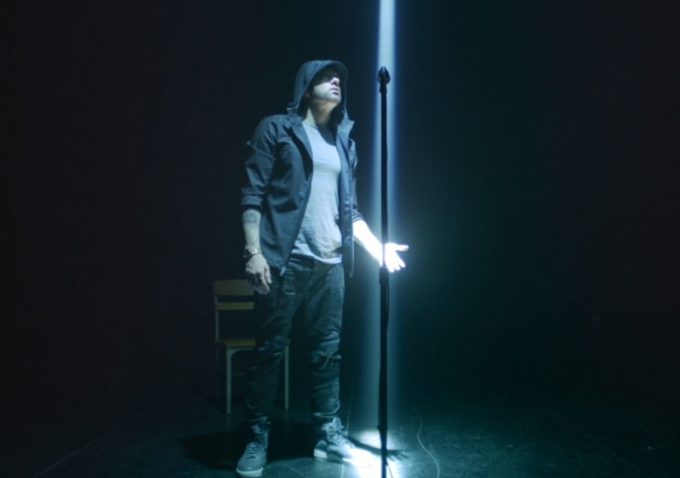 UPDATE: The video is now available worldwide on YouTube. Watch below.

After teasing it the other day, the platinum selling and GRAMMY award winning rapper has unveiled the video treatment for his first single ‘Walk On Water’ featuring Beyonce. The simple yet effective video matches the reflective feel of the song, which surprised fans when it was initially released last month.

Em is seen performing in an empty dark theater which is filled with people from of all colors and races eventually. In another scene, Shady is in a classroom with other look-alikes, typing nonsensically on typewriters reproducing French mathematician Émile Borel’s famous “infinite monkey theorem”. 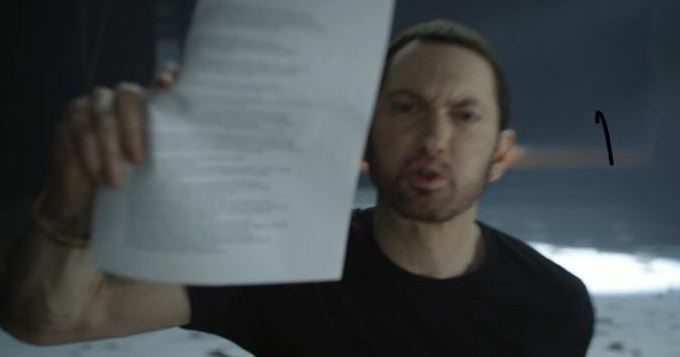 The clip can be watched exclusively on Apple Music through this link. Tip: if the link doesn’t work for you, go to Apple Music > Eminem artist page >Top videos and spot the ‘Walk on Water’ music video there. Beyonce does not make an appearance in the clip.

As reported earlier, Adele was the original planned guest on the song but it did not work out as a result of the singer damaging her vocals earlier this year. Revival has moved 265k copies in the first week which will give it a comfortable number 1 spot on Billboard 200 next week.