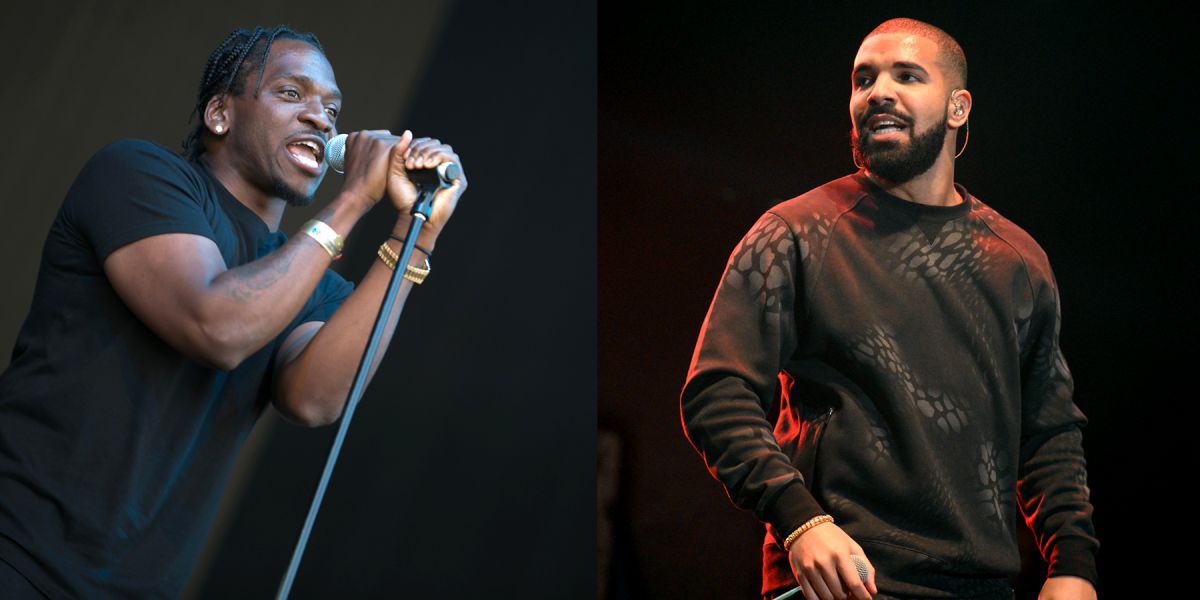 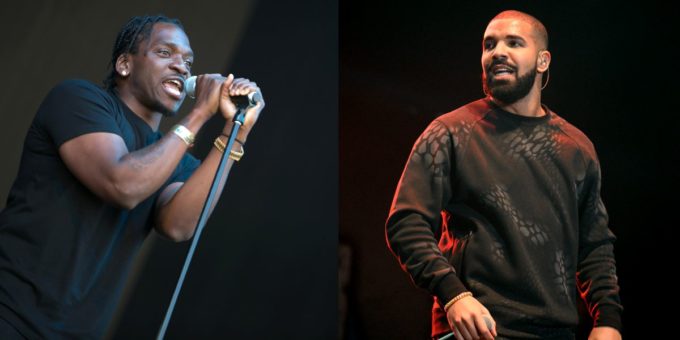 Pusha T and Drake have taken shots at each for years and going by tonight’s events, it doesn’t look like it will die anytime soon.

The G.O.O.D. Music president is releasing his new album Daytona on Friday (actually Thursday night), and he gave fans and people from the media a little preview with a listening party in New York City tonight. On one of the songs — most probably the last one on the track list, ‘Infrared’, Pusha can be heard taking straight shots at his Toronto-born rival.

“It was written like Nas but it came from Quentin,” he can he heard rhyming and vibing to it in the video below. The line of course is a jab at the controversy where Drizzy was accused of not writing some of his hits back in 2015. The man allegedly responsible for lyrics on songs like ’10 Bands’, ‘Know Yourself’ and ‘Used To’ was Quentin Miller. Last year, Pusha and Miller collaborated on the song ‘Gambles‘ which many fans thought was a strategic move from the former.

“It was written like Nas but it came from Quentin” #PushaT takes shots at #Drake on his new album #Daytona. (Via @complex)

Pusha T has been going at Drake for more than half a decade now, and he finally was the receiving end on Drizzy’s ‘Two Birds, One Stone‘ which was a response to Pusha’s ‘H.G.T.V. Freestyle‘ song. Will this latest development reignite their beef? Let’s wait and watch.