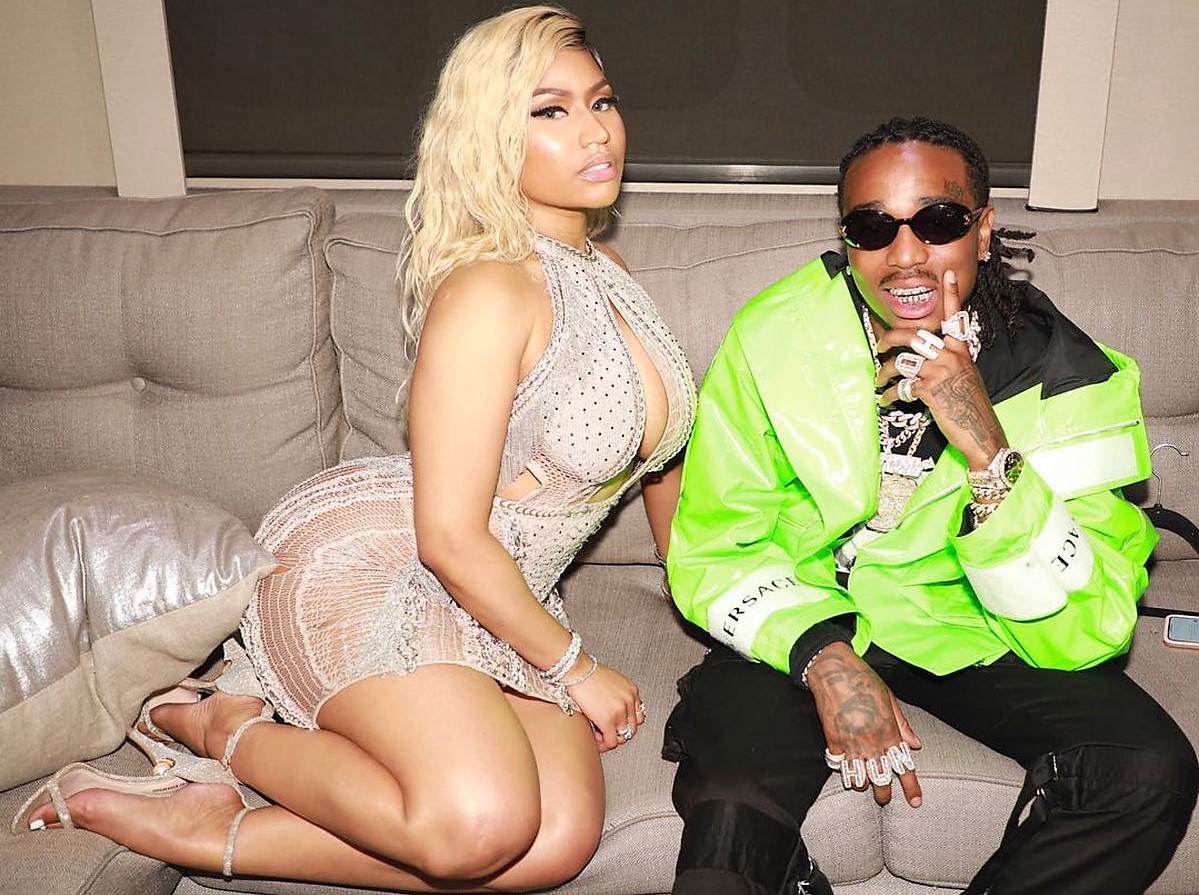 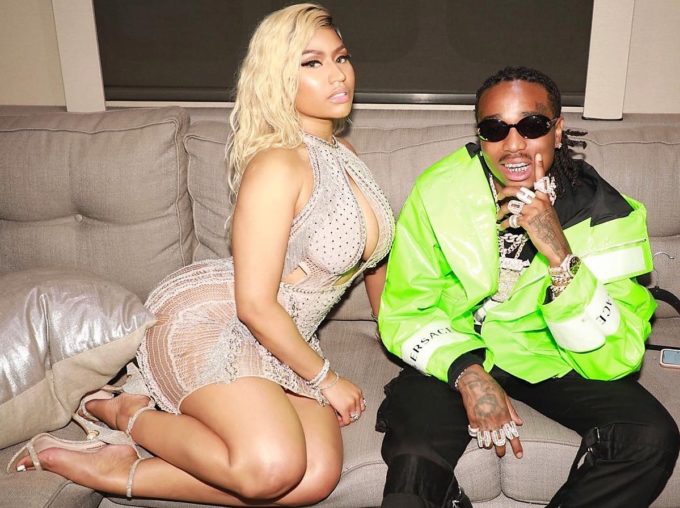 Quavo is not backing down from taking shots at Nicki Minaj through his music and in the process siding with his family member, Cardi B. Last night at his album listening party for Quavo Huncho, the rapper mocked the Queen rapper with an impersonator on screen.

On the track ‘Huncho Dreams’ from his debut solo album Quavo Huncho, rapper appears to address his alleged relationship with Nicki Minaj. The two were rumored to be dating at one time, even appearing together at an after party at Coachella back in April. Nicki had hinted at having a fling with Quavo on her own song ‘Barbie Dreams‘ off the Queen album.

The title of ‘Huncho Dreams’ references Nicki’s track and addresses the bad blood between them over the song ‘Motorsport’. “She said I hurt her feelings 52 times,” Quavo raps in reference to Nicki’s Beats 1 interview with Zane Lowe, in which she said she was hurt by the whole ‘Motorsport’ controversy.

“Call up queen (Nicki) The queen can’t flex on a young bull (Flex) Made her scream (Scream) Chanel, I bought her two of ’em. You can check IG (Hey, IG) ‘Cause when she post, it go up (Go). Is she for keeps? (For keeps),” he further raps, referencing an Instagram video of Nicki screaming while opening a gift of two Chanel bags from someone unnamed.

But last night at his album listening party, the Migos rapper took it to another level by showing a video on screen where an actress imitates Nicki’s screams with a “huncho dreams” neon sign in the background. Watch the shocking footage below.

#Quavo mocked #NickiMinaj with an impersonator at his #quavohuncho listening party last night 😳 full story about background in bio link.

Someone even made a comparison clip of the two videos side by side: